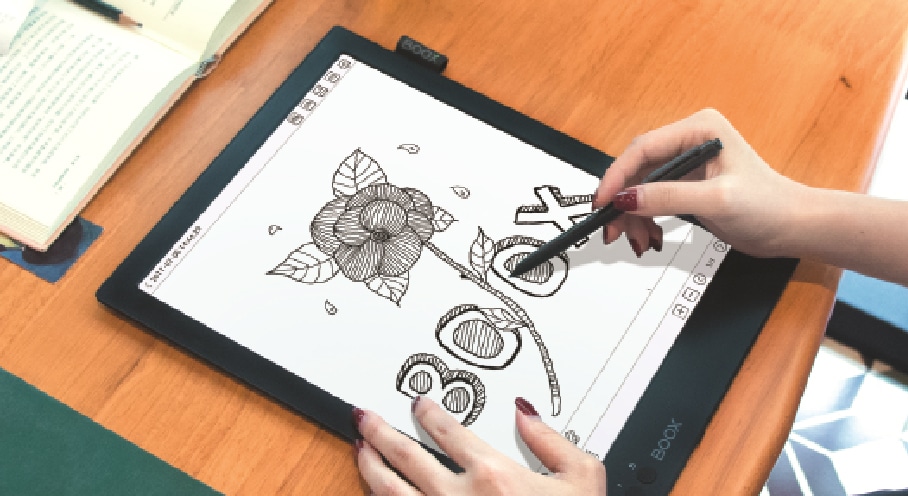 Onyx Boox has exclusively unveiled three new devices today with Good e-Reader. The Onyx Boox MAX2 is a 13.3 inch flexible e-ink Carta note taking device, the Note is going to compete against the Remarkable, and the Canvas is 9.7 inches. These devices all feature dual touch, which means you can use a stylus or your fingers. 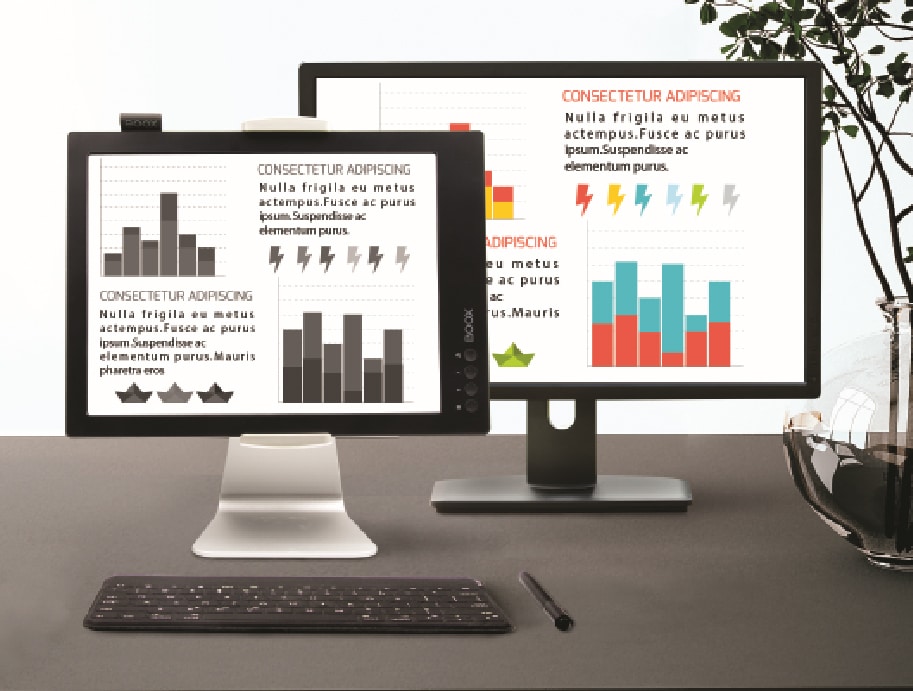 The MAX2 surpasses that MAX Carta in every way. It features a flexible E-Ink Carta 13.3 inch display with a resolution of 2220×1650. It ha something the company is calling eye-protective display mode. This device is designed as a standalone note taking reader, but you can also connect it to your PC  and will will act as a secondary monitor via an HDMI cable. You can transfer your digital collection and charge it via the USB slot. It really looks like this model is trying to compete against the Dasung PaperLike PRO.

Underneath the hood is a 1.6 GHZ quad core processor, 2GB of RAM, 64GB of internal storage and a giant 4100 mAh battery. It also has a microphone, speaker and 3.5mm headphone jack to listen to audiobooks, music or podcasts. This device is running Android 6.0, so it will support almost every app from Google Play, which is preloaded. The dimensions are 325/237/7.5mm and it weighs just under 550G. 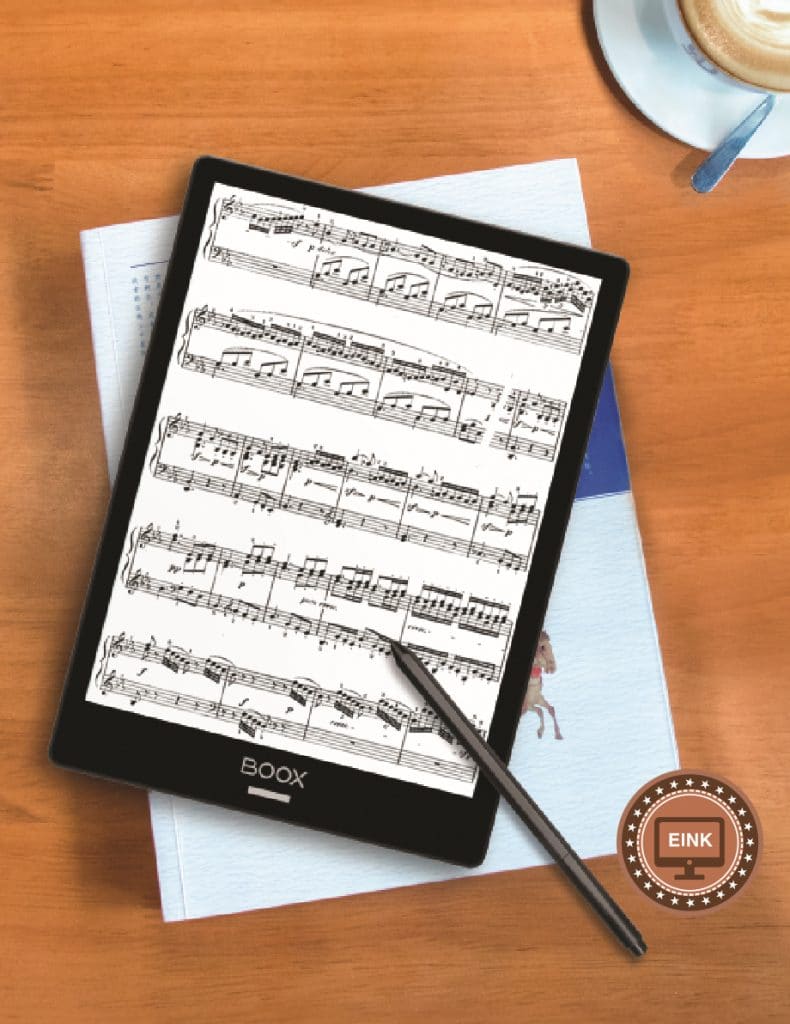 The Remarkable has demonstrated that there is a huge demand for a 10 inch e-reader that can take notes and read e-books.  The company sold over 35,000 units in under a year and this has prompted Onyx to counter with the Note.

The Onyx Boox Note features a 10.3 flat panel e-reader with a flexible E-ink Carta display. It has a resolution of 1872×1404. The panel is comprised of Electromagnetic WACOM and a capacitive layer, which means you can use the accompanied stylus or use your fingers to interact with the screen or flip pages of an e-book.

Underneath the hood is a 1.6GHZ quad core processor, 1GB of RAM, speaker, mic and USB C. This device also has a HDMI port, which means you can hook it up to your computer and it will act as a secondary monitor. It has a giant 4100 mAH battery and  ships with Android 6.0 and has Google Play. The Note does not have an SD card, so you will have to make due to the 32GB of internal storage. The dimensions are 249/177/8x6mm and weighs less than 355G. 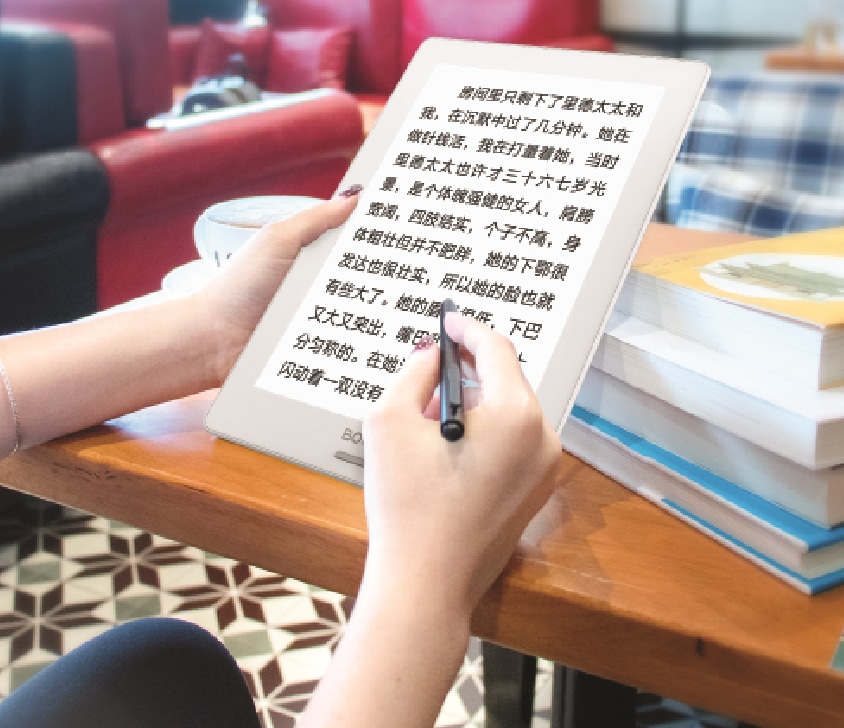 The Canvas is a 9.7 inch E-Ink Carta e-reader that comes with a stylus and is designed to take notes, read e-books and download apps. It features a 9.7 E-Ink Carta flat panel display with a resolution  of 1200 x 825. It has a WACOM and Capacitive layer, which means you can use a stylus or use your finger to swipe and gesture. This is one of the few large screen devices that has a front-light so you can read in the dark.

Underneath the hood is a Cortex A9 1GHZ processor, 1GB of RAM, 16GB of internal storage and it has an SD card for an additional 32GB. It has a USB C connector port, which is quickly showing up in more e-readers these days. It also has a speaker, mic and 3.5mm headphone jack to listen to music. It has a respectable 3000 mAh battery and ships with Android 4.4 and Google Play.  The dimensions are 249/177/x8mm and weighs less than 410G.

One of the biggest complaints most users had about the MAX Carta was that you can only interact with the screen with the stylus, it did not have a capacitive layer to support touch. Onyx seemed to have solved this issue and incorporated it into their new line of products.

What is exciting is that the Note and MAX2 both have HDMI ports so you can use them as secondary monitors. These two devices far surpass the Dansung PaperLike, because in essence the Dasung is just a dumb terminal, it does not have a battery or storage or anything else. It was merely a secondary screen that draws power from your PC.  It seems to me that Onyx has a feature that allows you to use it as a secondary screen in landscape or portrait mode, but this is a feature, not their sole purpose.

Right now all these devices are in the prototype stage, but the company is really bullish about them. They plan on releasing them sometime in the next few months, but there is no retail pricing yet.  When they eventually go on sale they will likely be available to order directly from the Onyx website and Amazon.