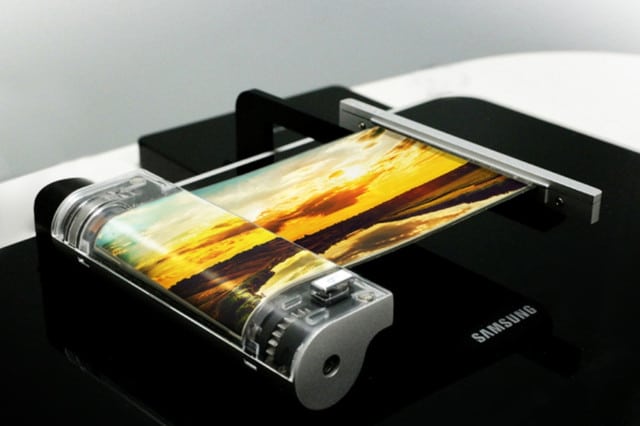 Samsung has developed a fully flexible smartphone screen that is 0.3mm thick, it can be rolled up onto a metal cylinder with a radius of 10mm. Samsung has stated that the 5.7 inch screen will have a resolution of f 1,920 x 1,080.

I think its important to note that this screen does not have a touch layer, so the final product may be thicker and effect the flexibility of the display, so don’t expect to have a rollable smartphone just yet. Samsung also has yet to figure out where to put a battery for the display to make it a commercially viable device, and the company hasn’t said how many times the display can be rolled and unrolled before it might crack or break.