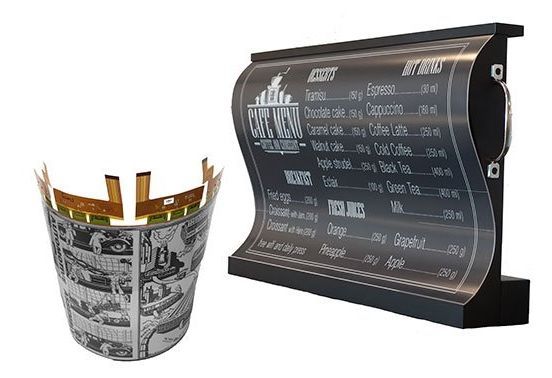 Japan Displays unveiled a new high resolution e-paper display that would take e-readers to an entirely new level of sophistication. The future of their e-paper is in serious doubt because they have announced they are slashing 3,700 jobs, or 30% of its workforce because they lost US$288.54 million in the last quarter. Sharp wants to help out JD, but cannot form a merger or make direct investments, as such action would violate the Antimonopoly Law.

Foxconn is planning to acquire JDI by forming Japanese alliance based on Sharp and compete with Korean companies such as Samsung Electronics in the OLED market. According to the Nihon Keizai Shimbun newspaper “If Sharp leads, I am confident about rebuilding JDI,” said Dai Cheng-wu, president of Foxconn, number two of Foxconn in an interview with the Nihon Keizai Shimbun newspaper on August 10. “Foxconn is concerned about a leak of panel technology to China,” Dai said, referring to a rumor that recently JDI was requesting support from China LCD display makers. “We need to create large Japanese alliance by attracting device and material companies.”

Japan Display has many potential suitors but is still willing to work with Sharp in some capability. Sharp is willing to extend a helping hand to beleaguered Japan Display (JDI), hoping to form a joint team to develop LCD products in Japan, according to company president Dai Cheng-wu.

It remains to be seen if the Japan Displays epaper will ever be released. In late 2016 JDI and E-ink formed a longterm partnership, but nothing has been announced since then.