You are here: Home / E-Ink, Clearink, Plastic Logic and E-paper News / This E Ink Calendar Syncs With Your Google Account 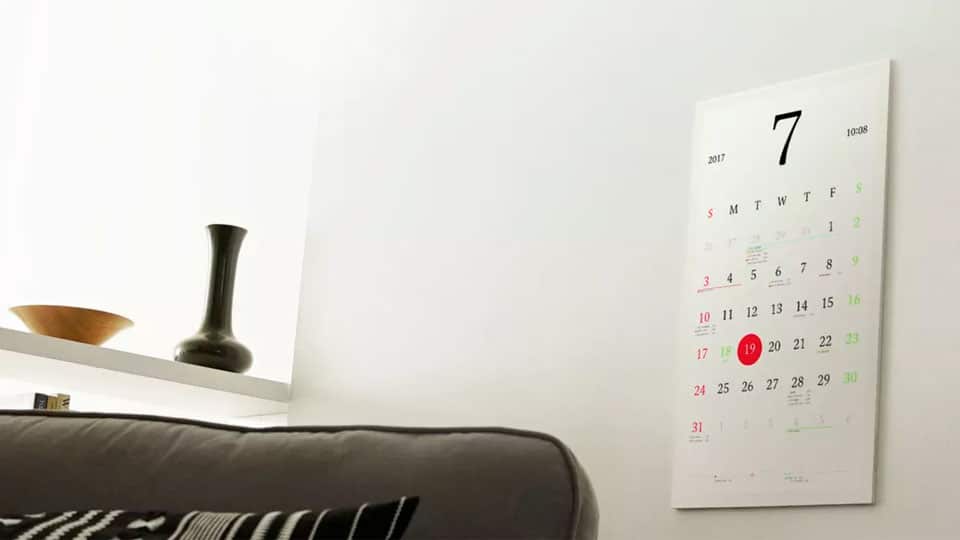 Japanese designer Kosho Tsuboi has just developed an interesting new product called the The Magic Calendar. It uses E Ink technology and syncs with your Google Calendar to not only provide the date, but also highlights your schedule and upcoming meetings.

The Magic Calendar is part of Google’s Android Experiments program which encourages designers and engineers to create new ways for us to use technology. You can vote on this product to hopefully make it see the light of day. There is a dedicated Android app that was developed that helps sync all of your Google Account data directly to the Calendar via Bluetooth.

I think think this is a compelling new product, there are lots of E Ink products out there such as keyboards, smart clothing, signage, but nothing like this. I dig the fact it will last almost 30 months on a single charge, because the data is hardly refreshing at all.