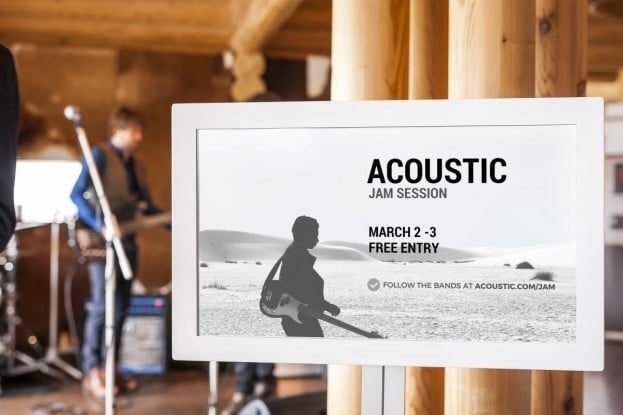 Visionect has just launched a 32 inch electronic paper development kit featuring a display by E Ink. The kit has been developed for for designing 32’’ digital signage solutions: it supports the largest single e-paper module in production and enables the quickest way to a production-ready sign on electronic paper.

The development kit is available in grayscale and supports a resolution of 2560 X 1440 pixels and color option that has a resolution of 1280 X 720 pixels and a RGBW color scheme. Both kits support the driving of an LED based front light with an integrated ambient light sensor.

“Epaper is increasingly emerging as the technology of choice for smart interconnected signage.” said Harit Doshi, head of the Signage Business Unit for E Ink. “The new kit supporting our 32” epaper displays will expand the application of signage solutions to many new areas, particularly to areas requiring extra adaptability such as energy consumption or outdoor readability.”