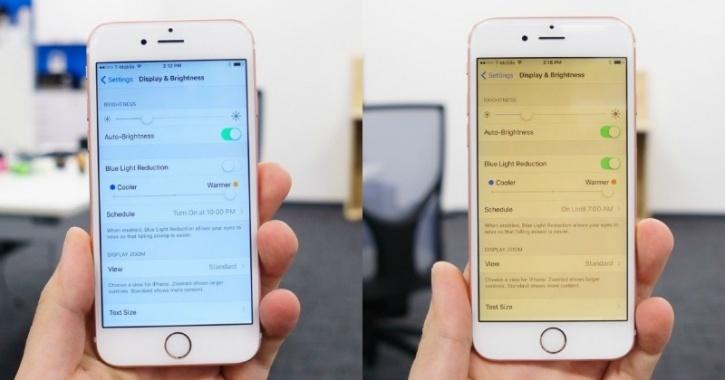 There has been a strong movement by Apple and Google to adopt warmer colors on the screen, to help you fall asleep faster. Common wisdom was that blue light was more disruptive to people’s circadian rhythm than warm colors. Some past studies have suggested that blue light suppresses melatonin, a hormone that influences sleep. This might not be the case, according to a new study.

A new study, published in Current Biology and led by Dr. Tim Brown, suggests that it’s more natural to look at blue light in the evening and warm light during the day. “We show the common view that blue light has the strongest effect on the clock is misguided; in fact, the blue colors that are associated with twilight have a weaker effect than white or yellow light of equivalent brightness,” Brown said in a statement.

The team of researchers used specially designed lighting on mice in order to test how different wavelengths affect sleep patterns. Blue light proved less disruptive to mice’s sleep than yellow light of the same brightness, according to the researchers.

But the study was only carried out on mice, and its findings may not carry over to humans. Researchers noted that further studies are necessary to understand how human sleep patterns are affected by different light wavelengths.

“There is lots of interest in altering the impact of light on the clock by adjusting the brightness signals detected by melanopsin but current approaches usually do this by changing the ratio of short and long wavelength light; this provides a small difference in brightness at the expense of perceptible changes in colour.”

Brown added: “We argue that this is not the best approach, since the changes in colour may oppose any benefits obtained from reducing the brightness signals detected by melanopsin. Our findings suggest that using dim, cooler, lights in the evening and bright warmer lights in the day may be more beneficial.  Research has already provided evidence that aligning our body clocks with our social and work schedules can be good for our health. Using colour appropriately could be a way to help us better achieve that.”

I think the whole warm light vs blue light screen situation is a moot point, they are both bad for your eyes, which is why you should be reading on an e-reader for longer reading sessions, especially at night. E INK technology does not have a backlit screen, so there is no blue light or warm light shining in your eyes. Most e-readers do have a lighting system, but they LED lights are normally at the bottom of the bezel and project light upwards, evenly distributing the light across the screen. It never shines directly in your eyes.