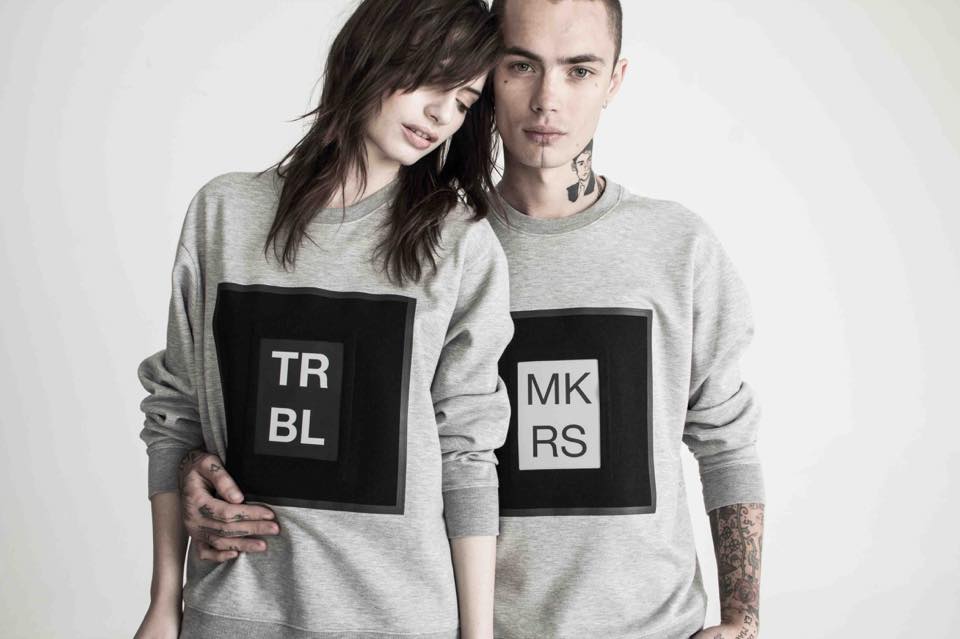 E Ink is primarily found on e-readers, but increasingly the e-Paper technology is found in clothing. There is an dress, shoes and now a t-shirt.

wearTRBL is the company behind the new shirt and and it features an E Ink display. You can change the image on the panel via Bluetooth and a mobile app. This is similar to how the Sony FES Watch U functions with their mobile app, you can basically upload any design or print directly to the shirt and customize your pictures with an built in editor. There is a growing community participating in the beta program that uploads their own designs, which you can download for free.

You can store up to 20 images on the display and the battery should last around four days. According to some details published on a French blog that covered Paris Fashion Week, the shirt should cost €300 and the sweatshirt option will retail for €400. This is kind of expensive for a novelty fashion item, but if you have a ton of cash, this might be an interesting accompaniment to your wardrobe.