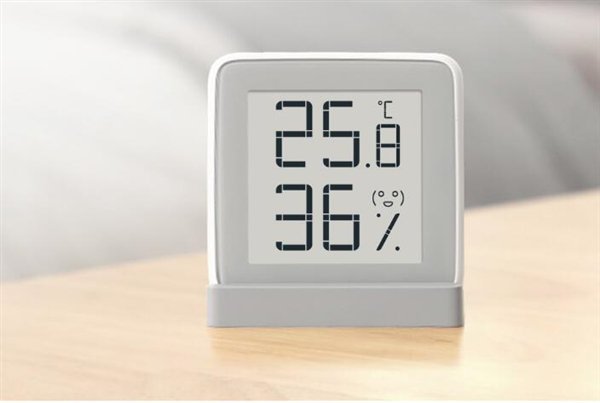 Xiaomi has been developing smartphones for a number of years and the company is trying to iron out deals in the US with various carriers. One thing they are not known for is E-Ink products, but that is just what they are doing. The tech giant has launched a n a digital thermometer hygrometer with an ultra-cheap price tag of $9.

The Xiaomi Digital Thermometer Hygrometer measures both the temperature and humidity of the room and the parameters are displayed on a screen. The device features an e-ink display which ensures it conserves battery power, it will last up to a year on a single charge.  The e-ink display uses a 3D curved display screen, with beautiful curves along the edges. Apart from showing the temperature and humidity, the Xiaomi Digital Thermometer Hygrometer also comes with 6 kinds of notifications which shows the state of the room using facial expressions on the display.