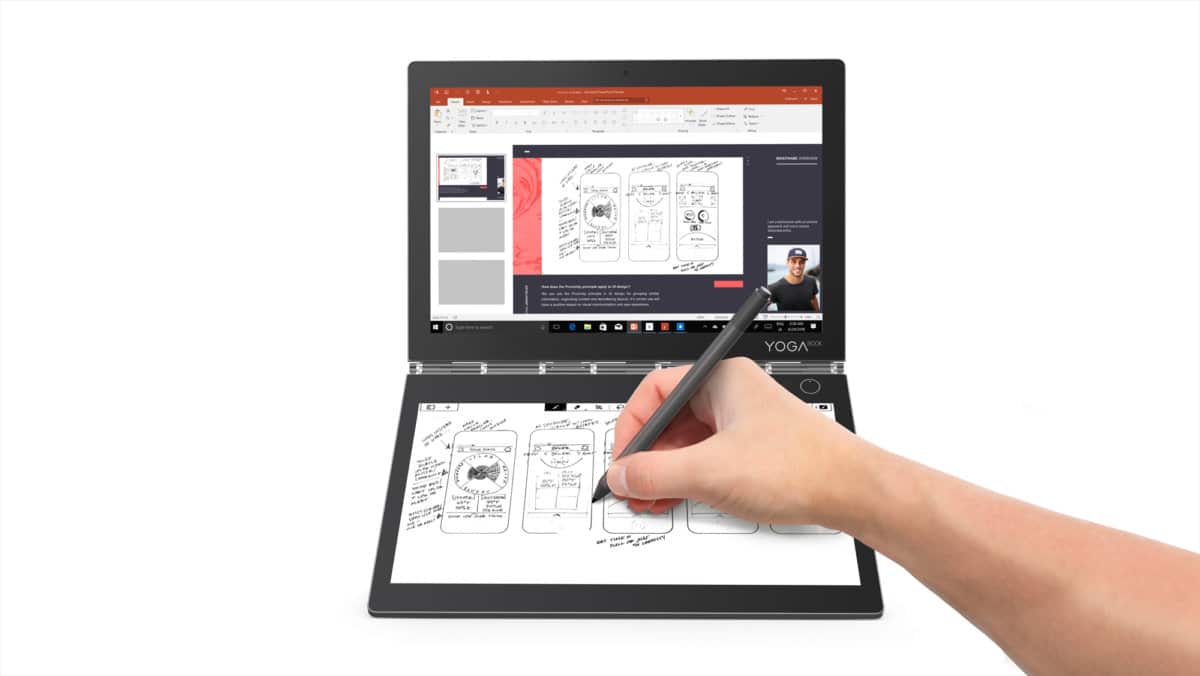 The Society of Information Displays, or SID has announced that the Lenovo Yoga Book C930 with an e Ink screen has won Display Application of the Year. This the first E Ink hybrid device released by a major company.

The Yoga Book C930 is the world’s first dual display laptop with E Ink — combining a QHD LCD with a multi-functional E Ink display that transforms with just one click. Type on the keyboard to send an email; sketch out your next project with a digital pen; or sit back with an e-book—all on one screen, with an extra screen to spare. First among the E Ink displays multiple functions is the 10.8-in. on-screen touch keyboard. Featuring haptic feedback and an easily customizable layout, it offers a 22 percent increase in typing productivity from the previous-generation Yoga Book. And it’s powered by AI, which means the more it is used, the more accurate it becomes. The E Ink display easily transforms into a notepad—users can sketch, write, develop formulas, and more with the optional Lenovo Precision Pen, featuring 4,096 levels of sensitivity. When the project is done, it can be digitized with a few clicks and added to the main display. E Ink Note works seamlessly with Windows 10.