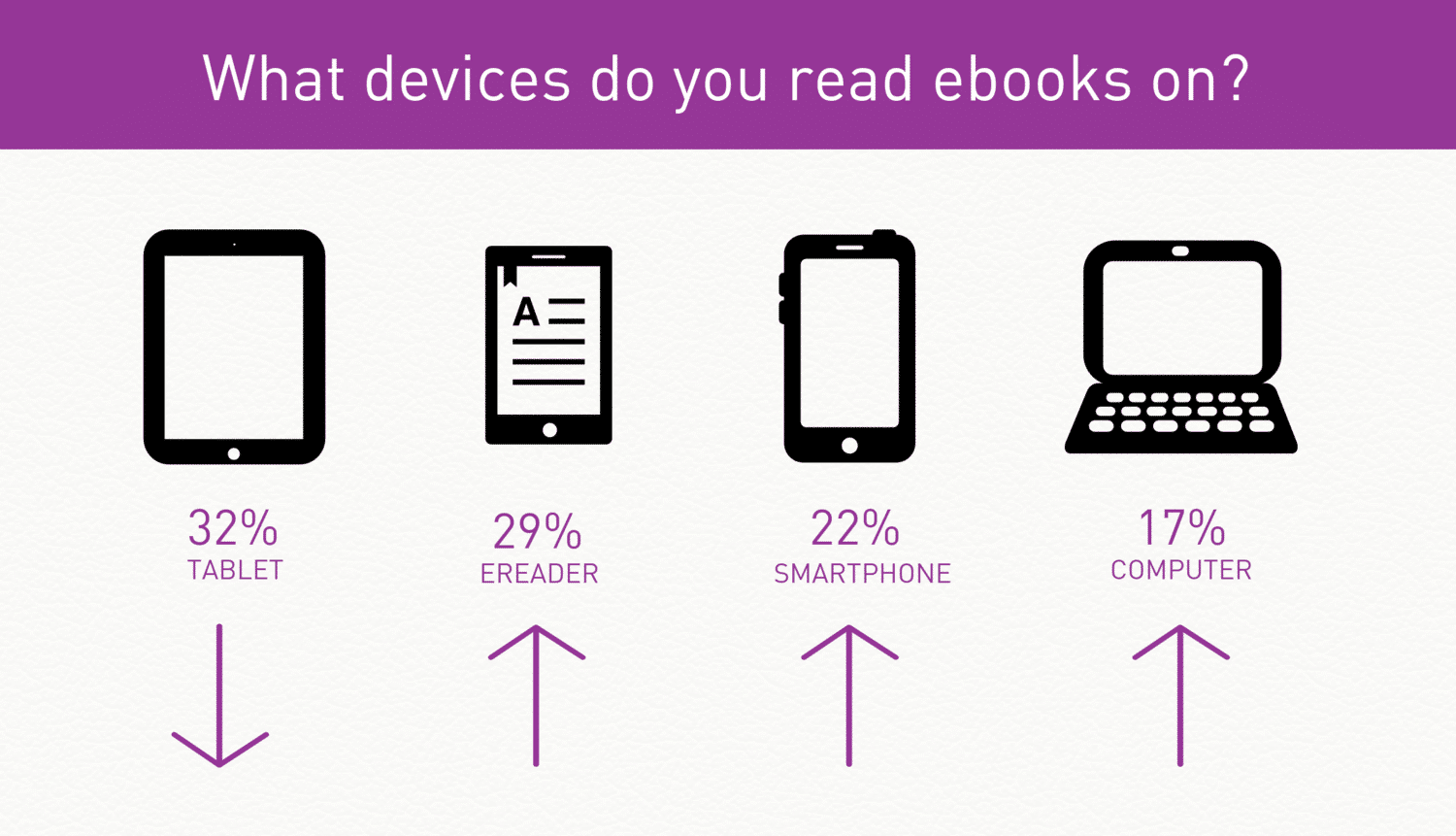 Since so many Canadians own a smartphone, it makes sense to dive deeper into the data. 42% of ebook readers said they read books on their smartphone at least once a month, which is a significant increase from the 33% who said the same in last year’s survey.  The most popular apps that are used are Amazon Kindle (39%), Kobo (23%), internet browsers (20%), Google Books (19%), Apple Books (15%), and OverDrive/Libby (14%).

When it comes to e-Readers, smartphones and tablets, Canadians tend to get their content from the same sources. Readers mostly acquire ebooks from an online retailer such as Amazon or Kobo (36%), from a website offering free downloads (24%), the library (21%), or a subscription service such as Kindle Unlimited or Scribd (12%).