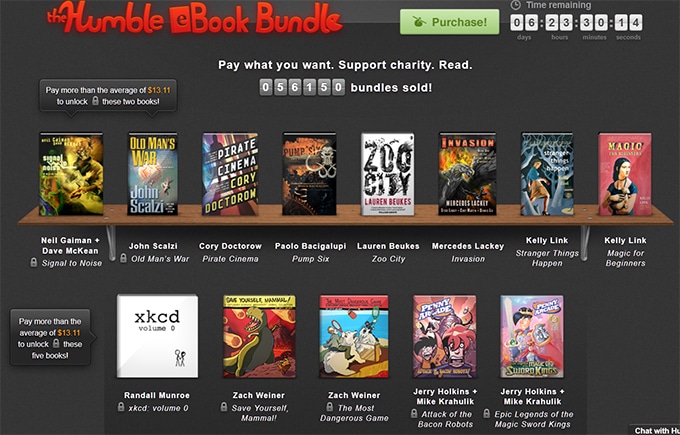 The first ever Humble Bundle for eBooks launched back on October 9th and received critical acclaim in the industry. Within the first week, almost 50,000 purchases have been made with the average donation being around $12.00. To sweeten the pot, 5 new ebooks have been added to the Bundle, bringing the total amount to 13!

With the new titles added today, it really looks like Humble Bundle is balancing things out by offering ebooks and graphic novels. This ensures that no matter what type of e-reader or tablet you have, you will be able to get a wide array of content.

If you are not familiar with the Humble Bundle, when you buy into it, the money you spend goes to the authors or charity. The current list of organizations are the Electronic Frontier Foundation and Child’s Play. When the new ebooks were added today, the Science Fiction & Fantasy Writers of America group was added as the last charity.