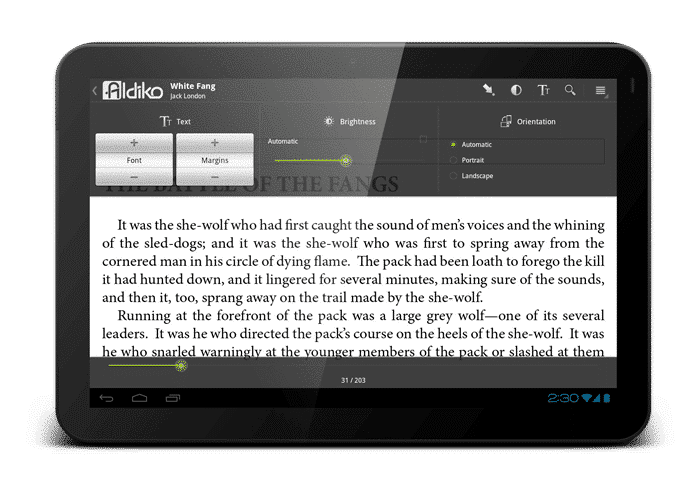 There is no disputing that tablet computers for reading are out-performing mobile phones, and Aldiko is listening to their user base. The company has updated their seminal indie reading app with a new tablet user interface and new options to import books from Dropbox.

Aldiko is one of the best e-reading apps in the world for people who like to load their own books onto their device. They now have new features that allow you to open and import files into the Aldiko Book Reader directly from your browser, an email attachment, or third-party apps like Dropbox.

The entire interface has been redone to take into account many tablets running Google Honeycomb. Really all the icons are more touchscreen friendly and should be an improvement to anyone with a seven inch tablet or larger.

We have some screenshots of the new interface which are sure to impress! You can also download the new version directly via our Good e-Reader App Store HERE.