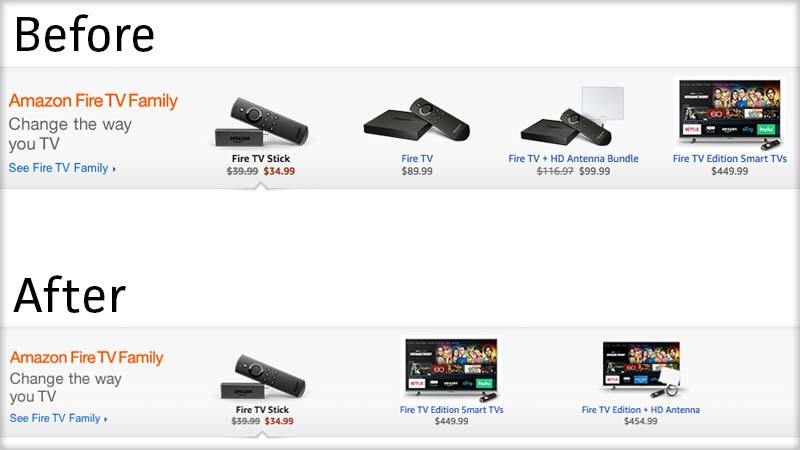 Amazon has quietly discontinued the Fire TV Box and the Fire TV Antenna Bundle. The company will be releasing a new device within the next three weeks, along with new e-readers. The 1st-gen Fire TV and the 1st-gen Fire TV Stick both became unavailable and saw changes to their listings on Amazon’s site within a month of their successors being announced. Although interestingly enough, Amazon has never removed the Fire TV from the carousel banner or the main Fire TV Family page.

Amazon will be refreshing a number of products in the coming weeks. They will be issuing a new Fire TV with the internal designation AFTN, which will be a mid-tier device. The company is also going to be refreshing the Kindle Oasis and either the Paperwhite or the mythical Kindle Voyage 2. Amazon will not be releasing a new Fire Tablet, nor will they be doing anything with Liquavista. I seriously doubt they have a larger screen e-reader coming anytime soon, or I would have heard something by now.