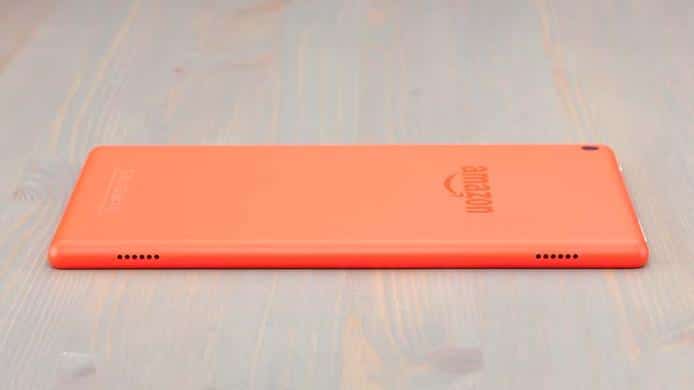 Amazon has had two different strategies when marketing their Fire line of tablets. They used to make them with solid hardware and resolution, but they were expensive. It wasn’t until the Fire 7, which retailed for $49 that people bought tens of millions of them and propelled Amazon into the top 5 worldwide vendor category. 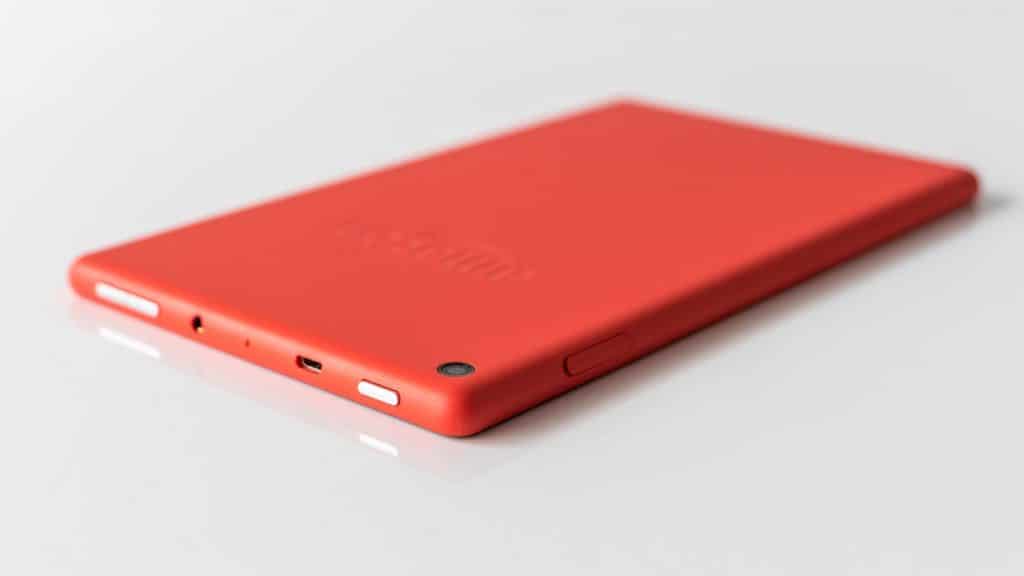 The Fire HD 8 has an eight inch IPS display with a resolution of 1280 x 800 resolution at 189 ppi. Underneath the hood is a Quad-Core: 1.3 GHz , with 1.5 GB of RAM and two options of storage; 16GB or 32GB. There is a SD card support for up to 256GB and a 3.5mm headphone jack. You can snap pictures with the rear facing 2 MP camera or video calling with the VGA front facing one.

One of the best aspects about the Fire HD 8 is the speakers, which utilize Dolby Audio. They are mounted on the side (or top if held in landscape orientation) and produce fairly good, clear and loud audio, for a tablet. They were pretty good for watching a TV show while cooking, and make using Amazon’s voice assistant Alexa – which is now built into the tablet. The Fire HD 8 blows the Fire HD 7 out of the water in terms of audio clarity.

While the plastic back is not premium in any way, the device overall is surprisingly sturdy. Amazon says it is more durable than the iPad Mini. I found there is barely any give or flex in the plastic, giving the tablet a reassuring heft. The front of the device has no physical buttons, all of which are reserved for its top edge. There is a a lock/power button on the top right next to the micro-USB port and microphone, and a volume rocker on the top left next to the headphone jack.

The Fire HD 8 offers very good endurance. The tablet lasted an impressive 10 hours and 58 minutes on the Laptop Mag battery test (continuous web surfing at 150 nits). The latest Amazon Fire 7 with Alexa turned in a run time of only 6:53, while the average tablet lasts 8:58 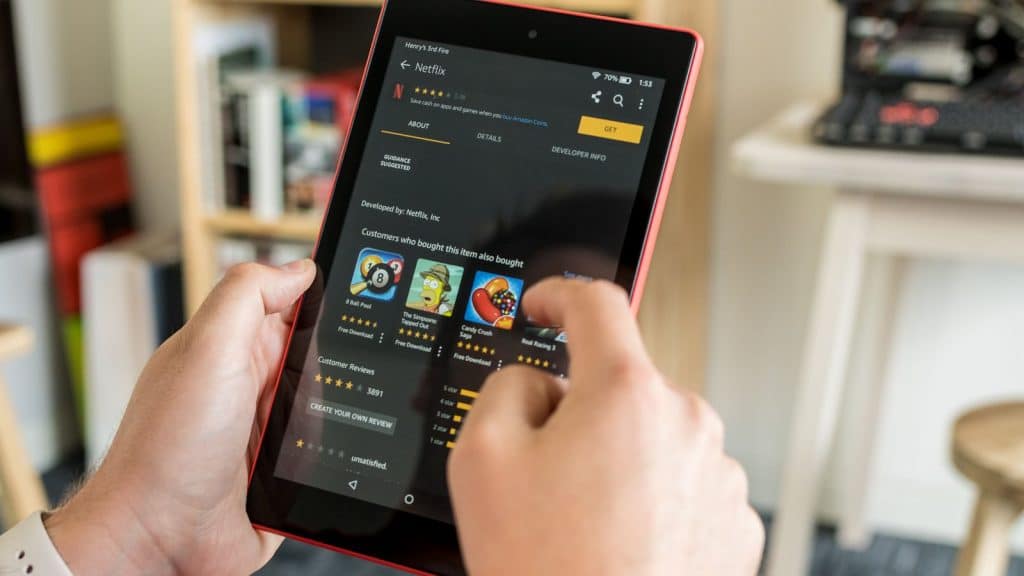 The Fire HD 8 runs Amazon’s own Fire operating system, which is really a customized version of Android. This means you’ll see similarities to some of Google’s OS but won’t have access to Google apps such as Docs and Gmail, though you can still reach these through Amazon’s Silk browser.

With the Fire OS, you can swipe through app icons and categorized content in a series of screens aptly titled Recent, Home, Books, Video, Games, Shop, Apps, Music, Audible and Newsstand. Beside these titles is a Library icon that connects you to all your purchased Amazon content.

Watching video on Prime Video is really solid and you can easily take advantage of the Advanced Streaming and Prediction technology makes recommendations on what content you’ll want to look at next within Amazon’s many media services, and there’s an On Deck feature (for Prime members) that downloads Amazon Prime Video for offline viewing, which is extremely helpful.

Although the Prime Video app does a really good job at showing content, I found YouTube and Netflix a  bit grainy and there was some pixelation issues.

Reading e-books, magazines and newspapers is solid, you basically get the same experience as the Kindle app for Android. The screen does not have high PPI, so you will get a better ebook experience on one of the Kindle e-readers. 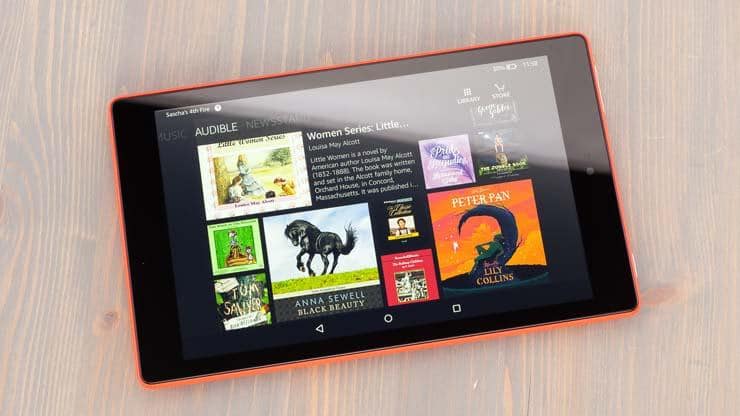 The Fire HD 8 sits in a sweet spot between Amazon’s incredibly good value Fire 7 and the larger Fire HD 10. While the performance and features of the Fire HD 8 betters those of the Fire 7, it also manages to outlast the Fire HD 10, making it a slightly more enticing proposition for those who want to travel with it. I found it is easy to carry it in a bag and take it out when you need it.

One of the drawbacks is the lack of Google or Microsoft apps in the Amazon App Store, this prevents people from downloading Outlook or Google Maps. It is possible to sideload in these sort of things, but the average user will have no clue how to do it.

I think this device is worth purchasing for yourself or for your child. There is lots of parental controls and the device costs a paltry $79.