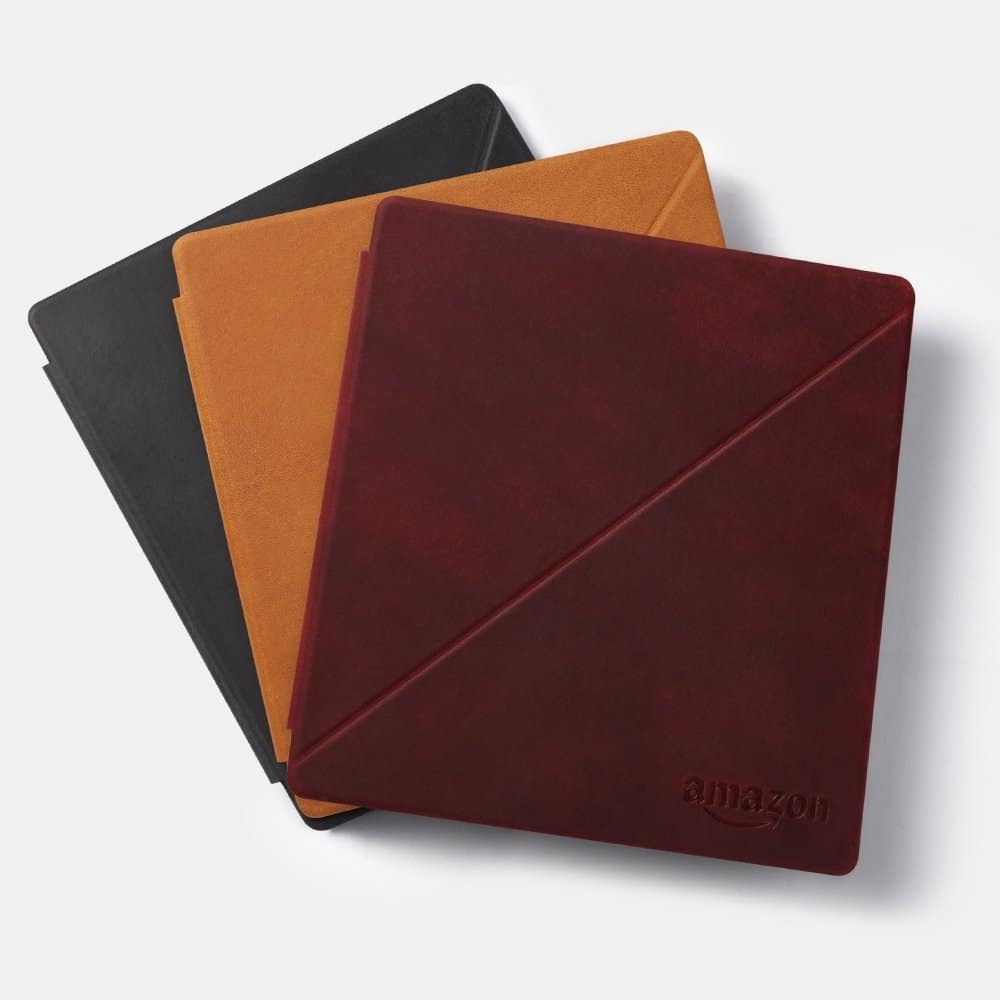 When the second generation Kindle Oasis was released, Amazon developed leather and fabric cover cases. This was to protect your expensive device against an often cruel and unjust world.  Thousands of negative reviews poured in, citing weak magnets and flimsy design. Amazon pullem them and started recommending products by CaseBot. It looks like Amazon went back to the drawing board and started to redesign their cases and it looks like they are going to be available in the next few months.

Amazon has created two different staging posts, which are basically placeholders for the new cases they developed.  The leather case will retail for $59 and the fabric version will set you back $49.  Each one will be available in three different colors.