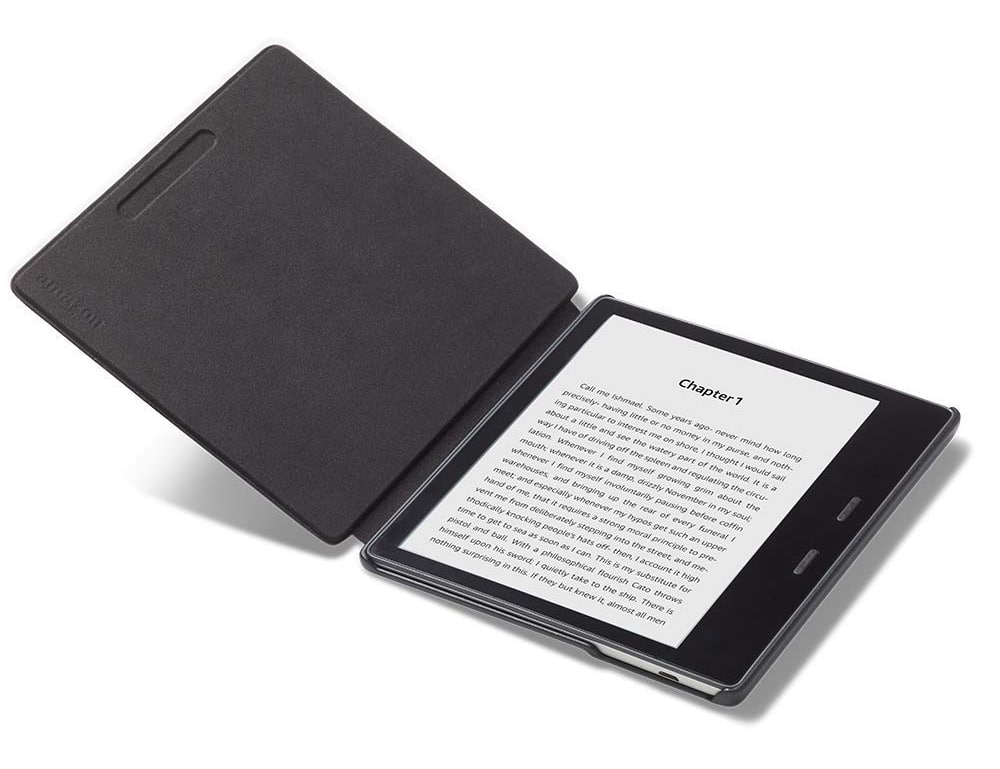 Amazon has just developed a series of second generation covers for the Kindle Oasis 2. They originally developed a bunch of cases and covers soon after the e-reader launched last year, but there was some serious errors on the design. Thousands of negative comments poured in and the average rating was around 2.5. Most of the concerns stemmed from a weak magnet and the cases would randomly open and the Oasis would fall out. Amazon discontinued the product line a few weeks later and recommended third party products, such as Casebot.

The new covers are available as a pre-order and they will be released on November 14th. One of the design improvements is that the case wraps around the sides and back to offer more protection.  They have magnets on them to attach to the e-reader, this will put it to sleep when the cover is closed and wake it up when the case is opened. The cheapest option is a water-safe fabric cover for $39 with black, blue, and red color choices. They also have a premium case with a leather cover for $49 available in black and merlot.