You are here: Home / e-Reader News / Amazon is getting political in Sao Paulo 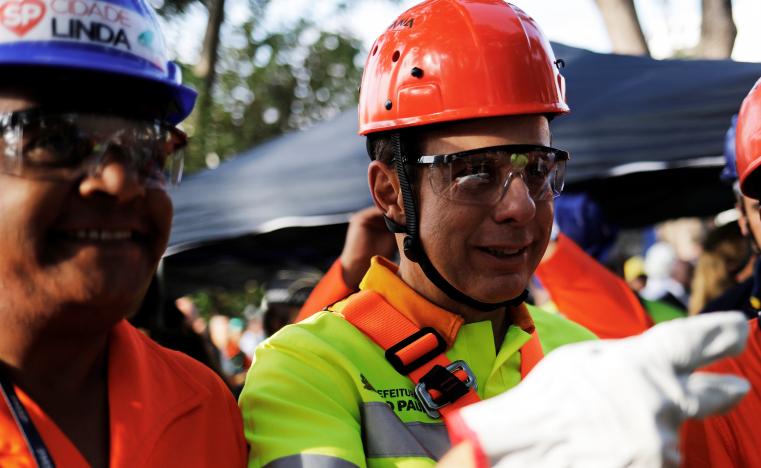 The mayor of  San Pao Brazil Joao Doria launched a “Pretty City” campaign whereby he painted over graffiti with gray paint. Some of the stuff that was covered up was street tags, but others included bright and vibrant art. Amazon is getting political and they have been writing over the gray paint with quotes from books and even made a YouTube commercial on why the mayor is wrong to censorship art in public spaces.

Amazon hopes to get the public on their side by launching a new campaign to draw attention to this issue. Anyone who registers a free Kindle account will be able to read one free e-book from a pool of 30 titles. These include “2001”, “Planet of the Apes”, “The Age of Innocence” and some classics from brazilian authors.

“I watched Amazon’s commercial using the image of Sao Paulo to sell its products,” Doria wrote in a response on Facebook, challenging the online retailer to donate books to city schools. “There are many ways for Amazon to act as a true citizen rather than an opportunist.”

Amazon replied with a Facebook post promising to donate hundreds of its Kindle e-readers to “institutions promoting culture and education,” without giving further details.