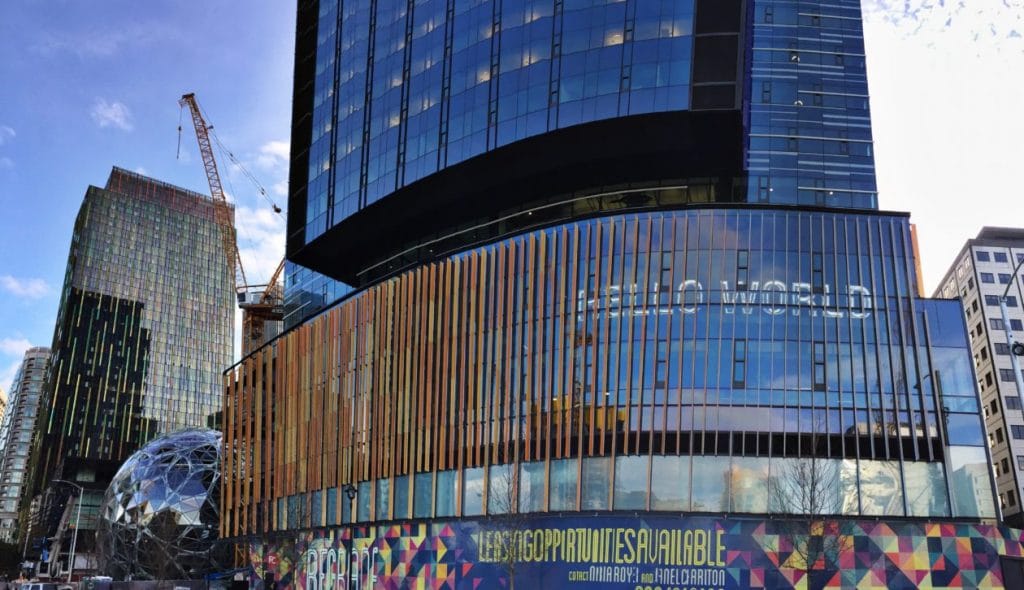 Amazon is hosting a secret press event in the downtown Seattle Day One Building at 1:30 EST or 10:30 AM PST.  The company is going to debut two new Fire TV models and at least one new Kindle device.  It is also rumored that they will unveil eyeglasses that include the Alexa voice assistant and a security camera to compete with NEST.

The new products follow an already packed year of new gadgets for the company. Earlier this year, Amazon introduced the Echo Show, a speaker with a tablet-sized touchscreen; cheaper tablets; and an Echo Look device with a camera for making wardrobe suggestion

It remains unknown if there is a specific embargo date or if the new products will be officially announced today. Stay tuned to Good e-Reader for full coverage.

Update: Here are all the new products they announced today, no Kindle though.