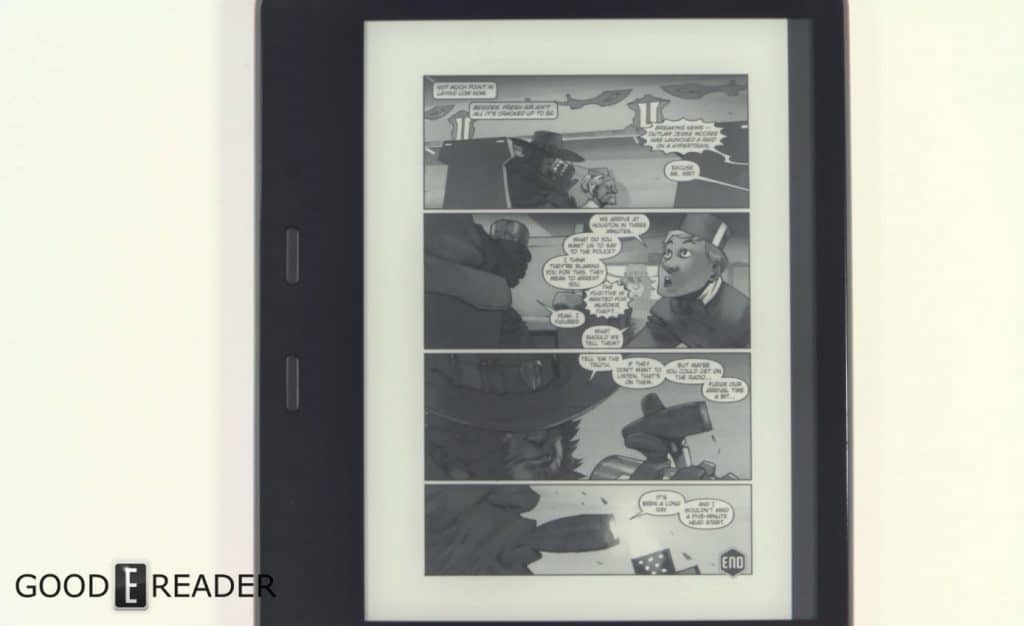 The Amazon Kindle Oasis has a giant seven inch screen, which means in theory it would be great for digital comics. When Amazon acquired Comixology a few years ago they implemented their Guided View system into the Kindle, which means you can double tap on a frame and it goes fullscreen. Additionally, Amazon is one of the largest digital comic resellers in the world.

Today Good e-Reader gives you a sense of the digital comic book experience on the second generation Kindle Oasis.