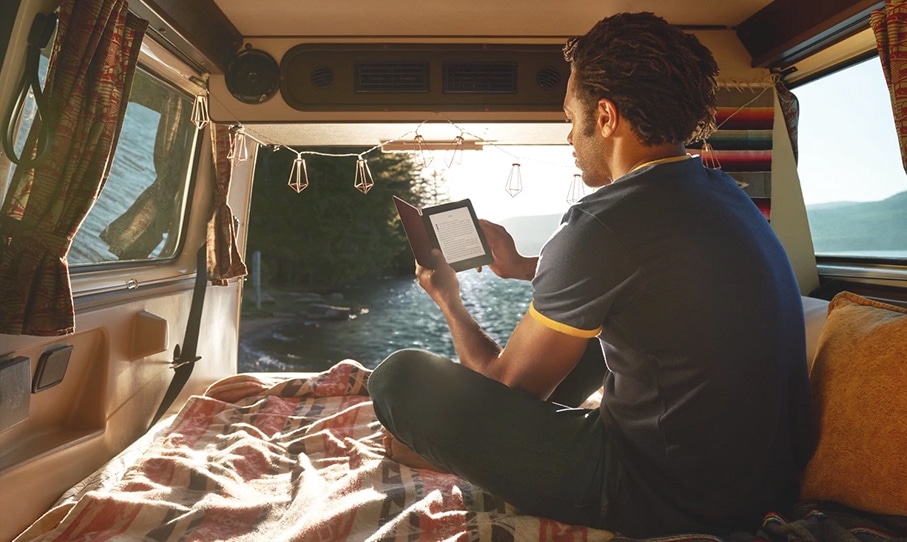 Amazon is going to be releasing their eagerly anticipated Kindle Paperwhite 4 this week. It is going to be available in most major markets right away, such as Canada, United States and the United Kingdom on November 7th. The big selling points is that it has double the amount of storage from previous models and is waterproof. Amazon is not really promoting it, but this device also has Bluetooth for wireless headphones or speakers and you will be able to listen to your existing Audible collection or make new purchases right on the Kindle.

The Paperwhite 4 features a 6 inch E Ink Carta HD capacitive touchscreen display with a resolution of 1430×1080 and 300 PPI. Amazon is using a plastic-backed 300ppi E Ink display, but it isn’t E Ink Mobius; it’s the company’s own design.” The screen is completely flush with the bezel and this is done because it is the first Paperwhite that is waterproof with IPX8 certification. This means you can read in the bathtub or at the beach. It is also immune to spills such as coffee or tea.

This device does have a front-lit display with five LED lights, whereas the Kindle Paperwhite 3 only had four LED lights. This lighting system primarily is used to read in the dark and Amazon claims that the additional LED will provide more uniform light across the screen. I have heard that Amazon is incorporating these LED lights on the top of the screen, whereas all prior models had them on the bottom.

Underneath the hood is a Freescale 6SLL Cortex-A9 @800M/1GHz processor and 512MB LPDDR3 of RAM. There are two different storage models, depending on your needs. The first is 8GB which is twice the amount that the Kindle Paperwhite 3 employed and a 32GB model, which is ideal for people who have large collections of manga or PDF files.

This is the first Paperwhite refresh since the 3rd generation model came out in June 2015 and it is a worthy upgrade for anyone who has an older Kindle Basic, Kindle Paperwhite or even the Kindle Voyage.  I dig the fact that Amazon has learned that customers want options for storage, since Kindles don’t have an SD card.