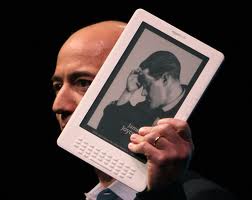 It seems that crawling into bed with the enemy is the new norm for successful business models. First, France’s Hachette Livre inked a deal to digitize its books with Google, a massive surprise given the tremendous anti-Google sentiments coming from the French publishing and bookselling industries. Then, as Amazon Publishing—the bookselling and self-publishing giant’s strictly traditional publishing imprint—gained a foothold in the publishing industry by wooing even some of the most stalwart naysayers, it seemed as though the literary world is now ready to let the start-up publisher join them at the grown-ups’ table.

But now the unlikeliest of partnerships has emerged. Barnes and Noble has stated that it is willing to sell books published by the formal Amazon Publishing imprint in its stores, with a few conditions, of course. While Barnes and Noble knows that refusing to stock any of the potential bestsellers that should come from the Amazon publishing house would be financial suicide, given the extensive reach of the online trendsetter, it does have the power of the physical bookstore behind it, something that Amazon lacks for now. The main concession that Amazon will have to make in order to work its way into the brick-and-mortar and online worlds of its chief rival is to make the digital versions of all of its books compatible with the enemy, the Barnes and Noble family of Nooks.

B&N’s CEO William Lynch had this to say in an interview with Publisher’s Weekly:

“We will not stock physical books in our stores if we are not offered the available digital format. In recent instances, Amazon’s exclusive publisher deals have prohibited Barnes & Noble from selling certain e-books.” Lynch said that promoting books in its showrooms, “and not have the e-book available for sale would undermine our promise to Barnes & Noble customers to make available any book, anywhere, anytime. Given Amazon’s recent push for exclusivity with agents and the authors they represent, we feel it important to be very clear about our position on content going forward.”

In order to keep its stock of published books in the largest physical bookstore chain in the U.S., Amazon is going to have to work with Barnes and Noble and put aside any thoughts of competition. This simple requirement may lead to the ever-elusive e-reader compatibility that publishers are still alluding to, but that has as of yet been slow to appear.