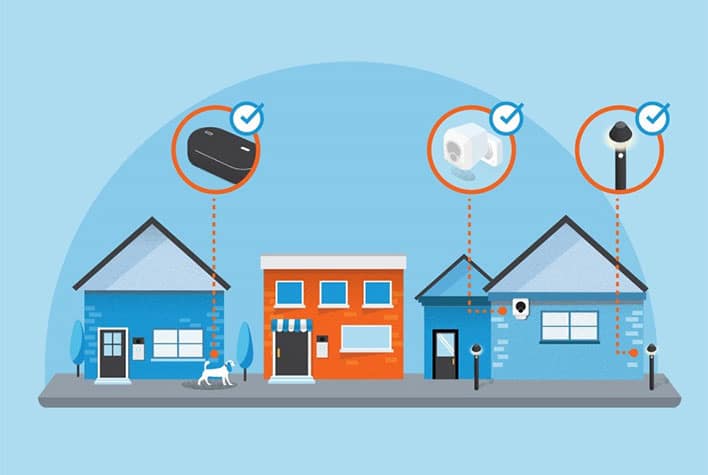 How about sharing your wireless internet connection with your neighbors when theirs aren’t up and running? That may be okay once in a while but the idea of doing it on a regular basis might seem a bit outlandish. Nonetheless, Amazon aims to do just such a thing with its new service, Amazon Sidewalk.

The service is currently only available in the US where any Amazon device low on bandwidth can draw on the internet connectivity of the neighbor to allow for optimum performance at all times. Among the other benefits cited by the retail major include extending the range of smart devices even if they are outside the range of the home wireless connection.

Also, there isn’t a lot that individual participants of the program will be losing in terms of bandwidth given that each user’s contribution is going to be capped at 80 kbps. That is going to be the max bandwidth of a Sidewalk Bridge to the Sidewalk Server, which Amazon said equals 1/40th of the bandwidth required to stream HD videos. Also, each user’s monthly data contribution will max out at 500 MB, which is typically the data needed to stream 10 mins of HD content.

The service is set to go live on June 8 and is going to be applicable to all those currently using any of the Amazon devices such as the Echo, Alexa, Ring, or other smart home devices such as security cams, doorbells, and such. Also, it is an opt-out service, meaning current users of the above devices are going to be automatically enrolled in it, and those who may have reservations with the same need to turn the feature off specifically.

Also, Amazon is fairly transparent with its intentions and seems to have it all covered when it comes to one of the most pertinent questions that one might have about sharing our internet connections, that of upholding the security and privacy of its users. That said, with even basic wireless technologies such as Wi-Fi and Bluetooth aren’t known to be entirely foolproof, the idea of sharing it with others does make one skeptical of privacy issues.

The above concerns assume a bigger proportion given that Amazon is privy to a lot of user’s personal aspects. That includes the things that are searched via Alexa or bought via its retail site. Amazon also has a considerable role when it comes to the security of user’s premises given that its smart locks guard user’s door or its smart camera system keep vigil around their homes.

With that much at stake, any digital misadventure such as a hack or an error with either the software or the hardware could have catastrophic consequences. In such a scenario, the one thing for users to consider is whether they are willing to take the risk for all the benefits Amazon is promising as part of its Sidewalk program.

Meanwhile, for those who’d like to opt-out, here is how they can do it.

So, it is for the users of Amazon devices to decide before June 8 whether or not they wish to be part of Amazon Sidewalk or opt-out of it.