You are here: Home / e-Reader News / Amazon to Bring New Accessibility Features to the Kindle Fire and Kindle Fire HD 7 Next Year 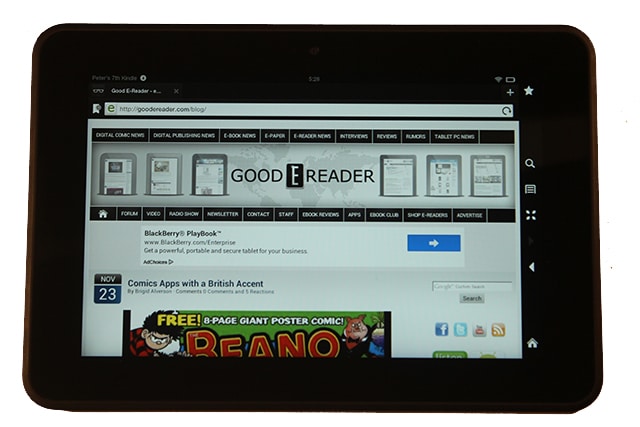 Amazon will be bringing new accessibility features to the Kindle Fire HD 7 and Kindle Fire in 2013. The company will be unleashing “Voice Guide” and “Explore by Touch” to assist vision-impaired Kindle owners in enjoying books more easily and for those with learning disabilities to improve their reading skills.

Voice Guide Navigation is one of the most exciting new features that should make a huge difference in the lives of people with vision problems. Basically, any action you employ from navigating menus to opening books will be read aloud. Let’s say you tap on an ebook from the library, the system will then announce the book title and the fact that it has been opened, saying “The Hunger Games. Book opened.” You can then use traditional Amazon Text to Speech functionality to have the book read aloud to you.