The world awaits the release of Apple’s Tablet, which will mark its entry to tablet computing amid much speculation. Having presented the market with Kindle, Amazon is not one to sit back on its laurels. It is on its way to announce an Apps Store for Kindle, sure to make major waves.

The New York Times makes the readers sit by heralding that Amazon’s announcement is right round the corner. Amazon expects developers to be working overtime to build a variegated range of applications covering reading of e-books, playing games and other utility apps.

In keeping with the example set by i-Phone, the developers and content publishers are expected to laugh all the way to the bank. The former gets to retain 70% of the revenue generated from apps sale and the latter will see more money going into their kitty than ever before. Among other things, the apps store will facilitate a positive shift in Kindle’s relationship with newspapers and magazines, which have been marking time with just 30% of sales.

This development of major proportions will create an upheaval in the Tablet wars scenario. Developers and content publishers will have both Amazon and Apple to contend and negotiate with. The readers will have to put on their thinking caps before they indulge in the gizmo, which will complete the chain created by their laptops and mobile phones.

It was everyone’s guess that Apple would have to outdo its monolithic rival in Google to be able to take on the market, but here we have a new player on the turf in the form of Amazon. This sure is an angle which adds more glitz to the battle of sorts. This scene is exciting for those that don the war-paint and even more exciting for those who watch from the sidelines.

Keep an eye on our e-reader blog for the most recent developments on this. You can also be at our e-reader forum where there are lots of exciting things happening from the world of e-readers. 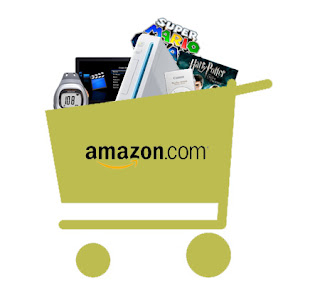