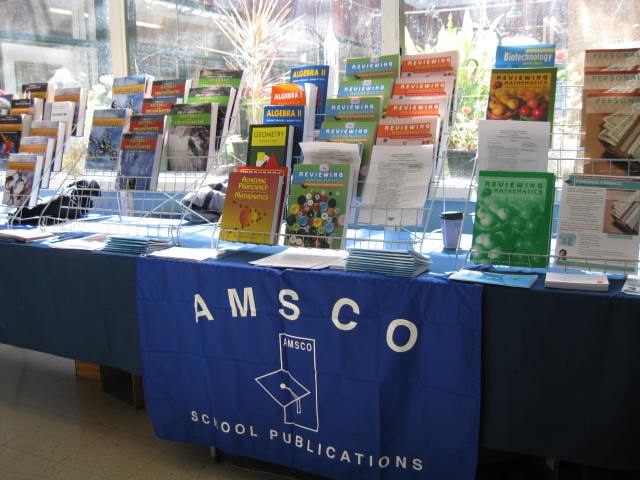 Ectaco announced today its new partnership with AMSCO School Publications for e-textbooks on its Jetbook Color e-Reader. For over 75 years, AMSCO has helped educate millions of students with their course texts, review, and test prep books in mathematics, language arts, science, foreign language, and social studies. AMSCO and ECTACO today decided to unite their products and technologies into the new Color e-Ink Reader—the jetBook Color—which makes the reading of eBooks easier and more vision friendly. That is, it promotes “healthy reading.”

The new Jetbook Color is aimed strictly at the educational market and its e-reader comes bundled with SAT preparation course material and tons of science, math, and spelling applications. The new partnership with AMSCO gives the company viability to move beyond applications and now delivers digital content to their device.

All AMSCO titles are now available for schools to review, purchase, and download through their jetBook Color eReader textbook console. “Schools continued to ask us about which publishers we were aware of that could provide them with PDFs or ePUB or other formats compatible with their curriculum’s,” states David Lubinitsky, CEO, ECTACO, Inc. “Among all the publishers we reached out to, AMSCO stepped to the forefront of addressing the needs of those schools expeditiously—our orders have increased significantly as a result of this union and we look forward to convincing educators to use AMSCO content on a larger scale.”

This news could not come at a better time. Ectaco has been struggling to gain traction in the USA market with its K12 and recently released Ectaco Jetbook Color. The company is currently testing the waters in New York, where its e-readers are undergoing tests in the local school system to evaluate the viability of the device. Ectaco has seen more success outside of North America since it has bundled linguistic packages for over 200 different languages. It is also competing against Plastic Logic for lucrative contracts in the Russian educational system.