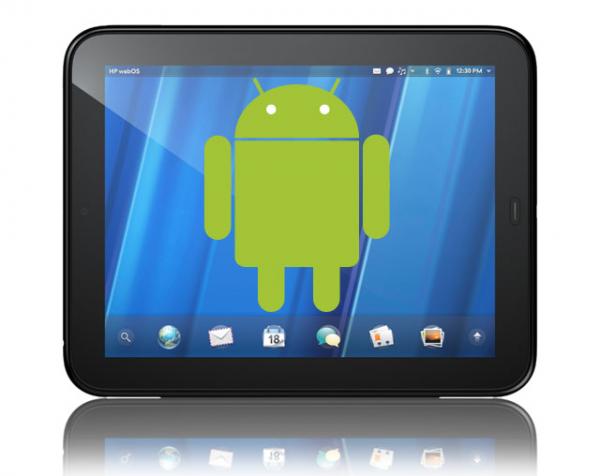 Developers who are working on a modified version of Google Android 2.3 to allow it to run on the HP TouchPad tablet have made another early breakthrough. A version of Android 4.0 has been modified by one of the team members to work on his personal Touchpad. There are, however, certain bugs that are occurring on the device and are being attended to.

The issues that have to be addressed prior to calling the development a success include its Wi-Fi support, as well as support for Android Market. The video feature of the tablet is not supported by the version under development, and hardware acceleration is also absent. There was also the issue of touch input not working, but that has since been resolved. What is clear is that the Android 4.0 Ice Cream Sandwich version that is being modified for the TouchPad is not yet working out to be as stable as the Alpha version of CyanogenMod 7, which has been found to work better on the TouchPad. However, with the CyanogenMod 7, the two issues which have yet to be settled are Wi-Fi connectivity and the audio aspect.

However, the date for the complete revision to be completed and the update released for people is not yet known.

The TouchPad comes with fewer physical buttons on it, which is one of the main reasons people want to switch over to the Android 4.0 based OS, as it has better support for such devices. Another reason people want to switch over is that there are certain applications specifically meant for tablets that run only on Android 4.0 version. This includes the feature where one can view multiple panels on the tablet simultaneously. There are certain tweaks that are specific to tablets available with the CyanogenMod 7 OS that allows for one to go to home, back, menu, or even bring up the search tool bar with the click of a single button.