You are here: Home / Digital Publishing News / Another Installment in the World of Harry Potter 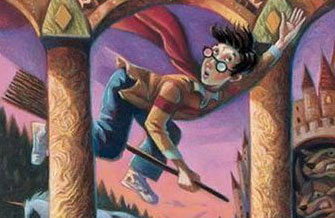 Don’t get too excited. No, it’s not an eighth Harry Potter book, although true fans of the boy wizard can hold on to hope a little bit longer as Rowling has answered the question as to whether there will ever be another adventure for Harry: “I have always refused to say, ‘Never.’” More to the point, while the author feels that the series has come full circle quite nicely and at this stage in her career she is focusing her talents elsewhere, she hasn’t completely ruled out the possibility of someday continuing the story.

Although there is no hope for a Harry Potter 8 for now, Rowling is hard at work on a timely and time-consuming task for her fans. This complete encyclopedia, which will be a comprehensive look at the myriad tools at the wizards’ disposal, still has no promised release date but has come at the urging of fans and will contain some of the content from her interactive fan site, Pottermore.

Rowling has been very protective of Harry Potter and his story, as evidenced by the lawsuit against US publisher RDR books at its attempt to publish the Harry Potter Lexicon. Rowling has been praised for her foresight in retaining the digital rights to the entire series when the books were first published, a tactic that has allowed her to recently launch the exclusive sale of the ebooks of all seven books in the series through her own publishing company.

As with Rowling’s popular offshoot title, Tales of the Beedle Bard, which sold nearly 400K copies in its first few days, proceeds from the pending encyclopedia will go to charity.