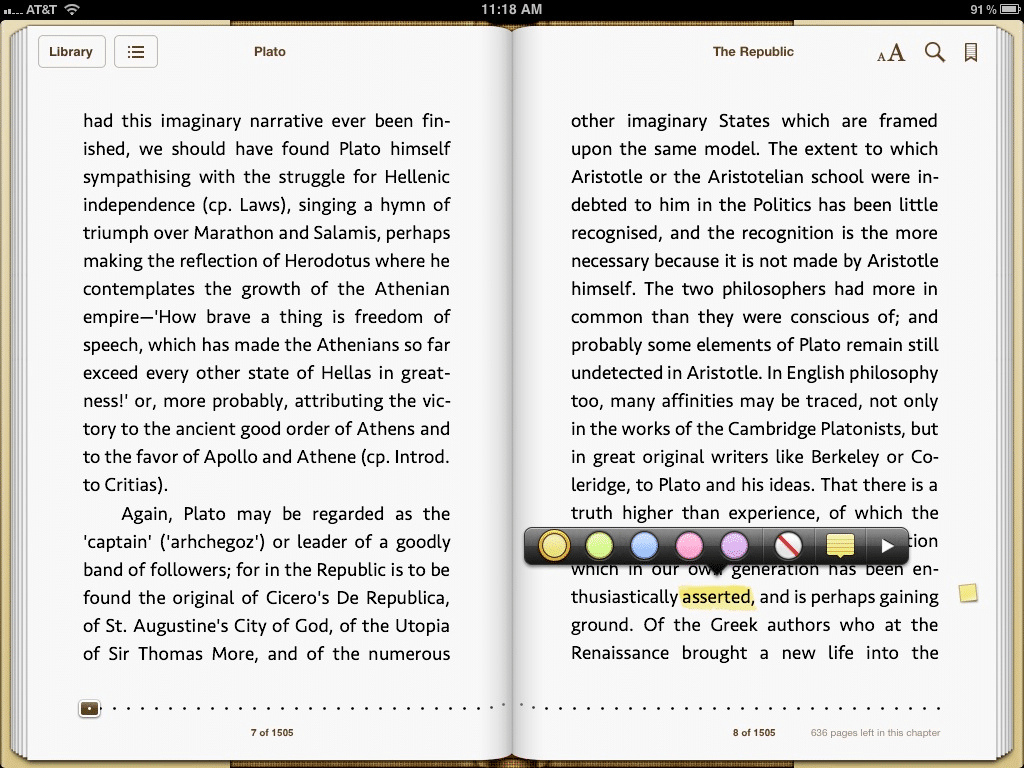 Apple failed to mention iBooks during the Apple iPhone X product launch. The company did not disclose any changes they were making to the app or things we can expect in the future. Many people who have been testing out the iOS 11 operating system have disclosed to Good e-Reader that there are zero changes within the app, which is a shame.

Over the course of the last year Apple sold 62 million e-books and 44 million of them stemmed from the US market. The rest were primarily sold in Australia, Canada, New Zealand and the United Kingdom. It is estimated that Apple controls 10% of the global e-book market, in contrast Amazon controls 82% of the market and Kobo 2%.

There are a few changes that Apple should make to iBooks. I know people consume books and music differently, but I’d like to see a weekly or monthly For You book playlist (or “readlist”) that suggests books I might like to read next. Shareable readlists would also be terrific. It could help harness the power of friend-to-friend recommendations that has long driven book sales. Apple does have “More Books You Might Like” section under the Featured tab, but their recommendation engine is pitiful.

I also think that Apple should launch an unlimited audiobook and reading service and get a bunch of publishers onboard. There are hundreds of thousands of people who publish with iBooks Author and either post ebooks or digital textbooks. These people would likely be onboard with this idea, because it would lead to more sales. Apple iBooks is also a primary distribution method for self-published authors from Draft2Digital, Smashwords and a myriad of other companies.

Apple should incorporate support for the Apple Pencil on the iPad. There are many students and book readers that would love to make notes, highlights and annotations using iBooks.  Apple did announce a slew of Apple Pencil functionality today, but none of them involve writing on an e-book or textbook with it.

Apple rarely mentions iBooks and it is not surprising they failed to mention it at the event that saw a new 4K Apple TV, Apple iWatch 3 with LTE and a new line of iPhones. When Apple announced the iPhone 7 last year, they also did not mention iBooks. Has the company become jaded on selling e-books when they battled the Justice Department? That remains to be seen.

In the end, Apple iBooks has a huge competitive advantage over everyone else. They are the only digital bookstore that customers can purchase audiobooks and ebooks on an iPad or iPhone. Amazon, Barnes and Noble, Kobo and many others do not sell ebooks on iOS. This is because they do not want to pay Apple royalties for each transaction.