You are here: Home / e-Reader News / Baker & Taylor Jumps into the Audiobook Business 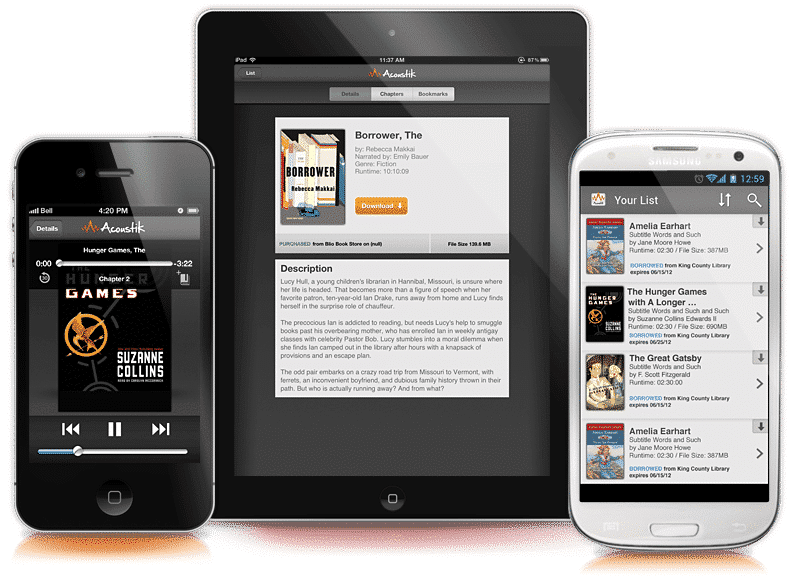 Baker &  Taylor is now able to offer audiobooks to its industry partners via a new relationship signed with Findaway World. The new program will be called Acoustik and will be accessible with Android and iOS. The real benefactors of this new initiative will be libraries, through which Baker & Taylor will incorporate 40,000 titles into its Axis 360 program.

“The release of Acoustik is an important milestone in giving consumers, retailers and publishers more choices in the delivery of audio content,” says David Cully, President of Baker & Taylor Retail Markets. “Digital audio is growing rapidly. Developed by one of the leaders in audio content, this platform, along with the strong partnerships Baker & Taylor has forged, will allow more great content to be available at the fingertips of consumers, who are very eager for it.”

You can download the dedicated app for Google Android app from our own Good e-Reader APP Store.