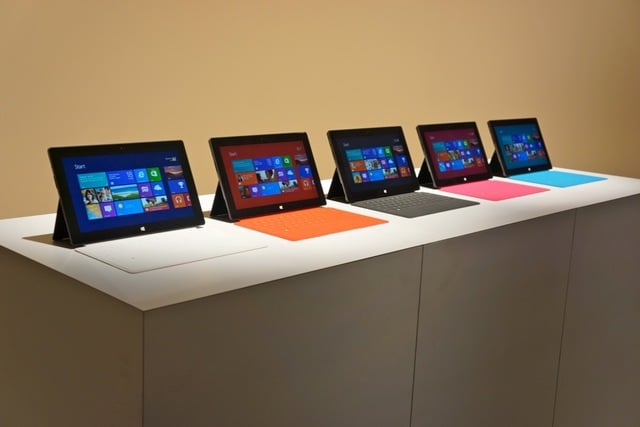 Microsoft has stated they are working towards making available the Surface RT at more retail locations to allow for a greater market penetration, and the good thing is that such an endeavor has started to pay off from today itself. Staples has stated they would begin selling the Microsoft tablet from 12th December. Price though will be the same as what the Microsoft store is claiming — $499 for the 32 GB version of Surface RT sans the keypad cover. The same with the keypad cover will retail for $599 while the 64 GB version of Surface RT together with the touch cover will come for $699.

The office supply chain store is the first to be selling the Surface RT device apart from Microsoft’s own retail chain though a few more are also in the pipeline. As of now it’s only in the US and Australia that the Surface RT will be making a foray into a wider retail scene though Microsoft has stated more countries will be added to the list in the coming months. Production too is reported to have been enhanced as Microsoft is expecting a lot more of the device will be picked up once more retailers have the device to offer. More during the holiday season when shopping frenzy is at its best.

A not too friendly starting price tag together with extremely limited scope of availability is being considered to be the reason behind the Surface RT not having made a strong sales pitch so far. Thankfully, Microsoft has been quick to address the latter though some relaxation on the pricing too would have worked wonders for the device that many believe does have a future when more apps become available.