You are here: Home / e-Reader News / Barnes and Noble Nook HD and HD+ Shipping This Week 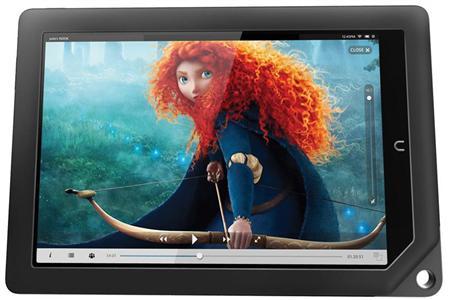 Barnes and Noble announced today that the Nook HD and HD+ will begin shipping this week to people who pre-ordered it online or within the retail stores. This week, both devices will roll out into Barnes & Noble’s nearly 700 stores for demonstration and purchase, and into 15,000 additional locations through leading retailers that include Target, Walmart, and Best Buy this holiday season.

One of the new features that will be available when the devices come out is the Nook Video service! This allows customers to watch both movies and television shows via buying or renting. Today B&N announced a new partnership with NBC Universal and 20th Century Fox Home Entertainment. These two companies join HBO, Sony Pictures Home Entertainment, STARZ, Viacom, Warner Bros. Entertainment, and Walt Disney Studios.

“We specifically designed and optimized the new Nook HD and Nook HD+ to deliver the most exceptional video and entertainment experiences available on stunning, high resolution 7 and 9-inch displays, and we’re pleased to offer customers an even wider selection of their favorite movies and TV shows through our new leading studio partners,” said Jonathan Shar, Vice President & General Manager, Emerging Digital Content, Nook Media. “Nook Video is one of the most exciting new offerings for customers to enjoy on new Nook devices when they arrive this month, and with Nook’s seamless UltraViolet integration, customers can even shop online, from Nook devices, or physical DVDs and Blu-ray discs in our retail stores and access their digital copies from our safe and secure Nook Cloud for instant entertainment wherever they go.”

The Kindle Paperwhite and Kobo Glo have been enjoying tremendous success in both online and retail sales. It would be interesting to see if Barnes and Noble can capture the same sort of fanfare that was evident in the Nook Color or Nook Tablet. The company did acknowledge that the pre-order demand surpassed any other e-reader or tablet they have ever offered.