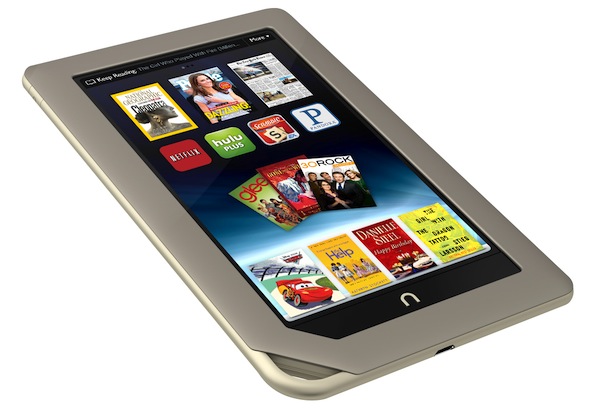 Barnes and Noble has closed a loophole in the Nook Tablet that allowed users to sideload in their own applications, bypassing the official app store the company runs. Recently the company released the new 1.4.1 firmware update for the Nook Tablet and it carries with it the inability to load in your own apps. Before this update dropped, it was possible to load in your own applications via the web browser. You could simply click on a APK file and it would self-install to your device. You would then get a prompt asking you if you wanted to install it and then after selecting yes, you would be good to go.

If you try and load in your own app now, a little warning pops up letting you know that only official apps can be installed to the Nook Tablet. This is woeful news for people who want to get their hands on games and apps not found in the official store. The market B&N runs only has 2000  files on it and is often priced higher than the Amazon App Store or the Google Android Market. This is also a drawback for people who used the Nook  Tablet has a developer tool to test their own applications, to see how they ran on the device before submitting it to B&N for inclusion in their store.