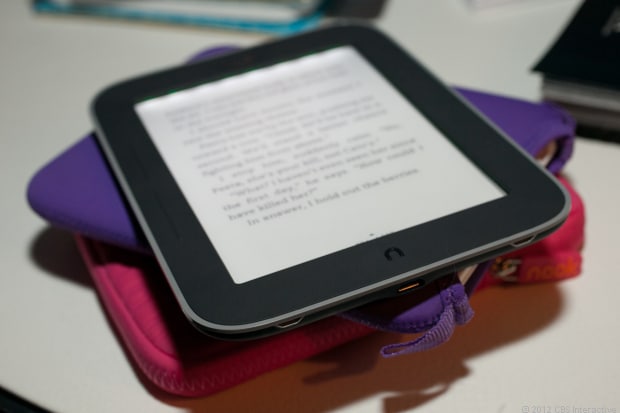 The Barnes and Noble Simple Touch with Glowlight has been quite the popular e-reader since it came out earlier this month. The first e-reader you can read in the dark proved to be so desirable that there was a nationwide shortage during the last four weeks. Most retail locations only get allocated five per week on average and most are reserved for people who bought them online. We have confirmed reports that the Nook Glowlight shipments should stabilize by the end of next week.

We have talked to various Barnes and Noble store managers in Washington State, Oregon, California, Atlanta, Florida, and New York about the lack of e-readers in the store. Most confirmed that B&N was not prepared by the demand for these new gadgets and most stores did not get allocated many units per week. The units they got were normally held behind the counter for people who per-ordered them before they were even officially released. These same managers have told us today that a massive amount of e-readers have been shipped and that the average store amount should quadruple by next week.

Many customers were expressing concern that they ordered the Nook Glow about five weeks ago and still have not had them shipped out yet. Peter Carotenuto of Shop e-Readers claimed that they have had over 500 pre-orders for the device and just managed to ship out half of them, due to the availability.