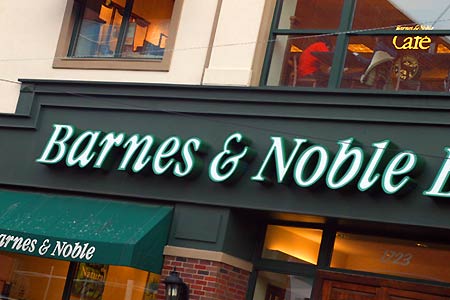 Barnes & Noble has made some broad announcements about its plans to expand its digital reading platform and devices into the UK, but so far the time frame and other details are unknown. B&N CEO William Lynch made the statement last month that Barnes & Noble would be bringing its NOOK family of e-readers to the UK within the next four months, but so far that is the closest thing to a deadline the company has issued. Theresa Horner, vice president for digital content, did help clear up some of the factors that B&N has to take into consideration when making a move of this kind.

The first thing industry watchers want to know is will B&N be launching its own foreign NOOK Store, much like the Amazon Kindle stores found in the UK, Germany, Italy, France, and Spain, or will the retailer instead choose to make its compatible devices for sale in the brick-and-mortar UK chains like it has done here with BooksAMillion. Part of NOOK’s success included the availability of hands on customer service in a physical store when shoppers were making the choice between the B&N product and the Kindle, something that might also be attractive to international customers.

“Our focus originally was very much on providing a successful platform in the US to work from, before taking our product overseas . . . We are working a lot more closely [on that], and I imagine that in the not too distant future you’ll be able to find one of these devices here,” said Horner yesterday at the Publishers’ Association International Conference.

So far, some speculation includes the possibility that B&N could retail the NOOK devices through UK-based book retailer Waterstone’s, who has projected that it will unveil a dedicated e-reader in its stores sometime this spring.