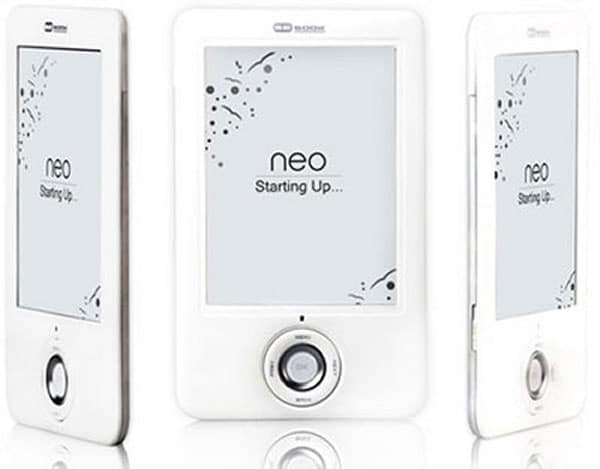 Endless Ideas, specialists in eReader technology, today launches its exciting new eBook reader the BeBook Neo. Following the success of the BeBook One and Mini, the Neo includes WiFi technology to allow users to find eBook retailers wherever they are in the world, download an eBook and even surf Google and Wikipedia whilst on the move. The Neo is available for pre order and will be available to buy in the second half of February.

The Neo provides users with a unique and extremely easy way of locating and purchasing eBooks. The eBook portal shows a world map and users click on their country of choice for a clear overview of third party eBook retailers. As the Neo supports all the most popular file formats, including ePub, pdf and even JPEG, the user can make sure they get the best deals on their eBooks.

There are several new attractive features available with the Neo, for instance, it has a powerful battery, supporting up to 7,000 page turns. The Freescale processor makes it currently the fastest eReader on the market, offering up to 2.5 times quicker browsing and operating speeds. The Neo also features the latest WACOM touch panel technology, which allows users to sketch, mark up and annotate text.
The open architecture of the BeBook Neo makes it possible to expand its capabilities. Keep an eye on www.mybebook.com for firmware updates.
Popular file formats

Just like the previous models, most popular file formats can be read, including ‘ePub’ and ‘PDF’ (both with and without Adobe DRM), txt and even popular picture file formats, like JPG, are included.

The BeBook Neo features 512MB of built in memory, a microSD card slot that can take up to 16GB cards, there is also a USB port, plus a 3.5mm audio jack.

The BeBook Neo is compatible with the majority of file formats and it will be available shortly for £279.99 about $453.