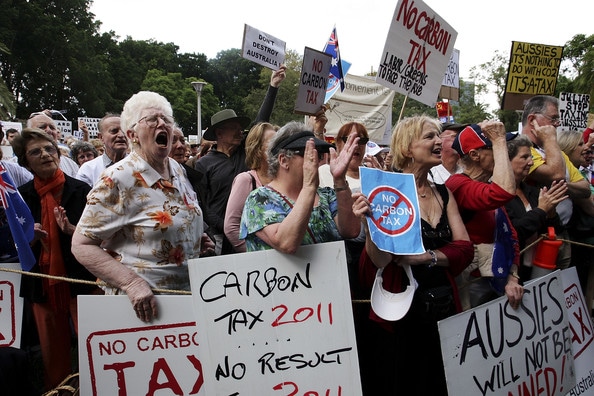 First, the Amazon sales tax debate began creeping its way around the U.S., sparking blog and forum discussions across the country about the state of online book and ebook purchasing. Later, GoodEReader.com reported on the taxation of ebooks in Germany in which ebooks are taxed at a higher rate than print books as the government considered them software, leading to a stagnant rate of popularity despite the April launch of the Amazon.de Kindle store and today’s German Kobo store. Now, it seems governments are taking another swipe at booksellers and readers.

Australia is levying a new carbon tax, stating that what the government considers “big polluters,” or those who contribute a large carbon footprint, will be penalized. This legislation is going to include the newspaper, magazine, and book printing industries, meaning that the price of reading material is going to increase by 0.3 percent. According to an article today by BigPondNews.com, as more and more bookstores struggle to stay in business and compete for consumer’s dollars, a tax like this one will have a strong negative impact on luxury items such as book purchases.

GoodEReader.com reports fairly regularly on the initiatives that bookstores are taking to actively bring in more customers; it’s fairly sad to report that book sellers are having to convince consumers to buy books. Taxes like this one stand to drive away more customers, even as bookstores fight to keep them.

If there is any good news to come out of this, the tax appears to be aimed at reducing the carbon footprint of publishers which seeks to be environmentally beneficial by essentially taking punitive measures to punish the industry for its waste of pulp and extensive shipping requirements on bulky products. In light of this legislation, hopefully even more headway will be made in digital publishing and the popularity of ebooks and e-reader devices can gain new ground in farther reaching locations.