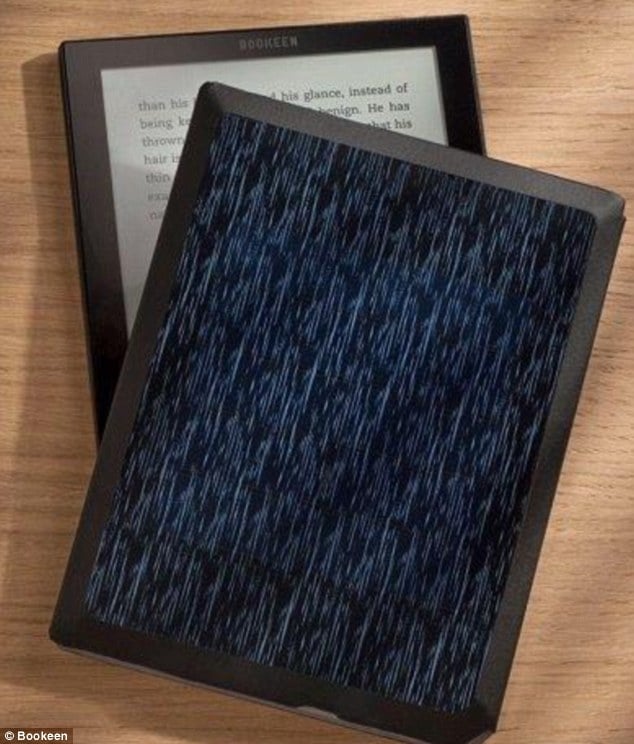 Bookeen is well known in the e-reader industry for developing excellent hardware to run in conjunction with their software. The Bookeen engineers have developed some interesting technology over the years, such as the inertial scrolling of text. The Paris based company has just unveiled a new solar powered e-reader case at Mobile World Congress that is said to add an extra day of battery life for every hour you read outdoors.

Bookeen initially announced this product last year, that was co-developed by SunPartner. It is made using a printed optical network combined with solar modules that recharge the e-book using what’s known as a photovoltaic effect. In particular, it uses what’s known as Wysips technology. This uses a layer of semi-cylindrical lenses bonded to a layer of photovoltaic crystals.

Photovoltaic technology converts solar radiation into electricity and semiconductors and together, they generate an optical effect that maximises the exposure of the photovoltaic cells. Electricity is created by capturing energy from natural or artificial light. The photovoltaic crystal is invisible to the eye, regardless of the viewing angle.

It is currently unknown whether this e-reader case only works with Bookeen e-readers, such as the Cybook Muse or it will be compatible with the Kindle or Kobo. I have reached out to powers that be to get confirmation and will update this post when I heard back from them.