You are here: Home / Boyue e-Reader News / Boyue Likebook Alita is a second generation Mimas and it is out soon 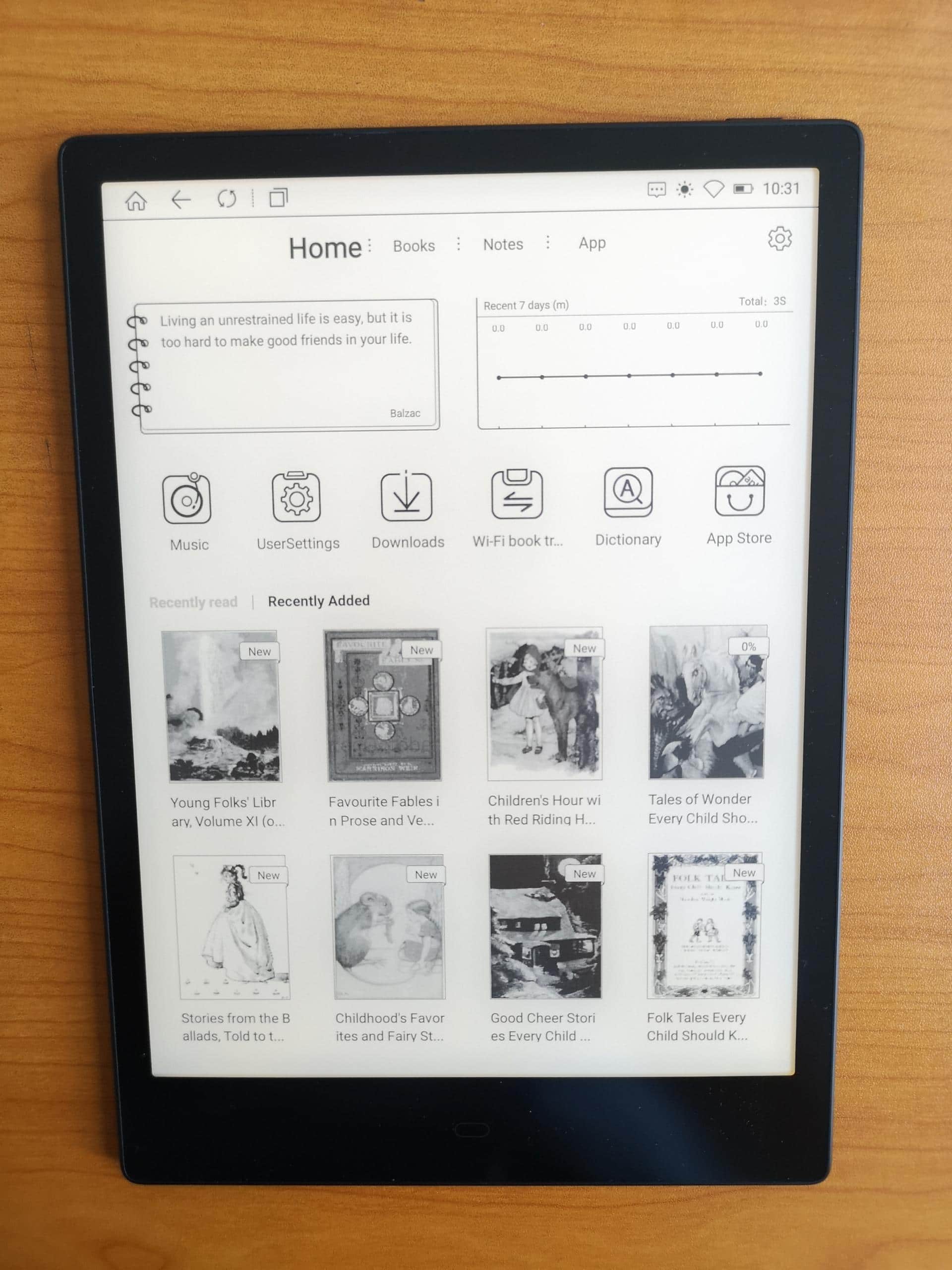 Boyue has refined the design of the Likebook Mimas and has just announced the Likebook Alita. The big selling points behind this new digital note taking device is that it is 10.3 inches, has 4GB of RAM and the screen is completely flush with the bezel. It should be available in late June and will be available on the Good e-Reader Store.

The Likebook Alita features a 10.3 inch capacitive touchscreen display with a resolution of 1872×1404. Unlike the Likebook Mimas, the screen is completely flush with the bezel, which should make it easier to draw or make notes. You will be able to read in the dark at night via the front-lit display and it also has a color temperature system. The color of the e-reader is black, whereas the Mimas was white.

Underneath the hood is a octa-core 1.5ghz processor, 4GB of RAM and 16GB of internal storage. It will have an SD card capable of 128GB of expandable storage. It will be powered by a 4700 mAh battery and have USB-C for charging and transferring of data. This device also has a USB host controller via the USB port, you will be available to physically connect up keyboards or mice or other devices. The Alita also has audio functionality via the two speakers on the back, a 3.5mm headphone jack and Bluetooth support for wireless headphones. You will be able to use Skype or Whatsapp or other chat options that rely on a microphone, since this model has one.

This device can read ebooks and has a dedicated app and supports almost all of the most popular formats. You can also access the app store to download thousands of other apps, including Kindle, Kobo or Nook.

The Alita is 10% lighter than the Mimas, which should make it extremely portable. It will be using Android 6.01 as the primary OS and in September Boyue will implement a firmware update that will upgrade Android to 8.0, which should make this e-reader very relevant for the next few years. There aren’t many e-readers that use a modern version of Android, the only ones who do are the Wisky EE Write E-Pad, which uses 7.2 and the upcoming Xiaomi W7, which is now available on Good e-Reader.