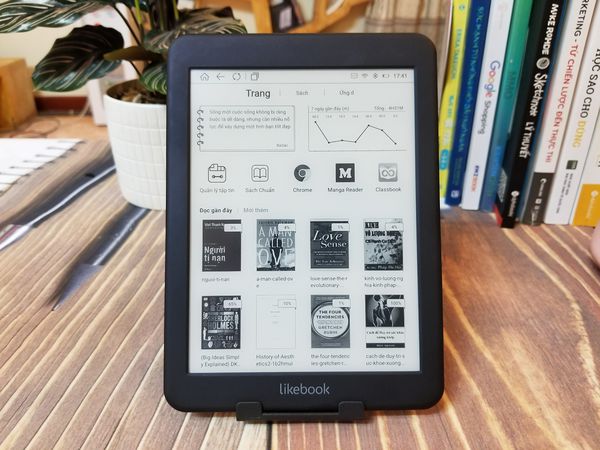 Whenever Boyue releases a new firmware update, it is always good news, because they only do it a few times a year. The e-reader company has just released 3.1.1 for the Likebook Mars and Likebook Mimas. It fixes a myriad of font and text improvements and also a number of bug fixes for Bluetooth keyboards. You can download the Mars file MEGA and the Mimas file from HERE. When you download either file, make sure to change the name of the file to  “update.zip”, copy the file package to your Mars or Mimas and update FW from local memory. 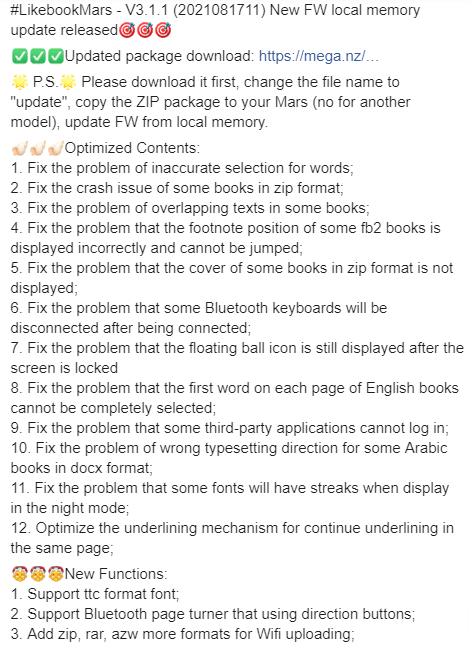