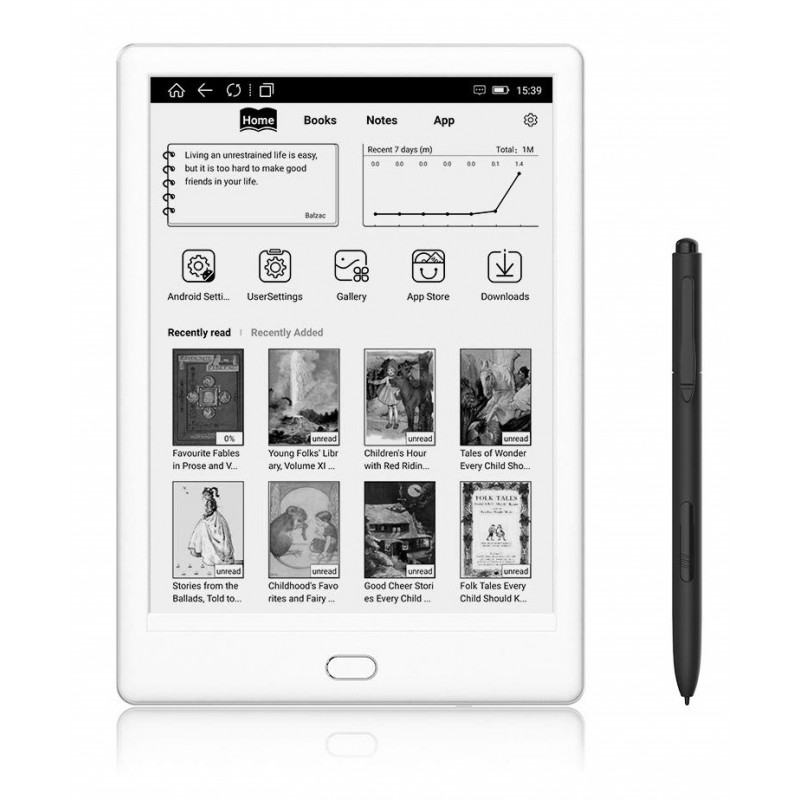 The Boyue Likebook Muses features a s a 7.8 inch E Ink Carta touchscreen display with a resolution of 1782×1448 and 300 PPI. It also has a WACOM layer and comes with a stylus. In order to take notes effectively Boyue has incorporated the same note taking software that the Likebook Mimas employs.

You can consider the Muses the second generation Likebook Mars, except this device can take notes and has a SD card that is capable of running an additional 128GB of storage. SD’s are increasingly rare on e-readers these days and if you are looking for something that can house your extensive collection of digital content, look no further.

The Likebook Muses is now available on the Good e-Reader Store and it retails for $289. We will be doing a comprehensive hands on review of this new device within the next week, so stay tuned to our website and YouTube channel.