You are here: Home / e-Reader News / Canadians will pay $999 for Amazon Kindle Oasis 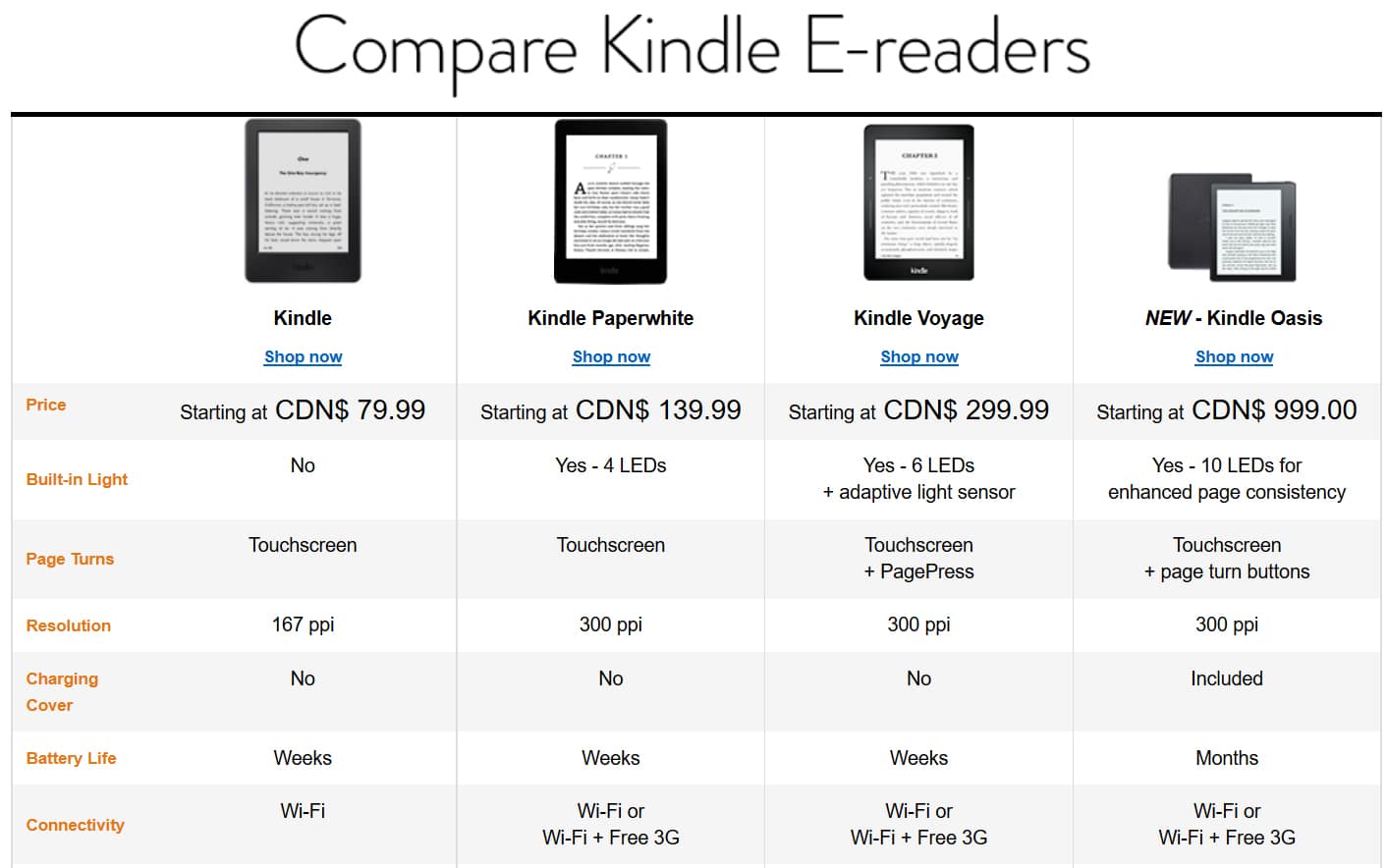 Amazon China revealed the new Kindle Oasis earlier today and many people were unsure if the screenshots were legitimate or not. Apparently they are, since Amazon.ca has just posted a comparison between the Kindle Paperwhite, Kindle Basic, Kindle Voyage and the new Kindle Oasis.

The Kindle Oasis will be six inches and have a 300 PPI screen and will have a battery that will last 20 months in standby mode. Additionally, there will be 10 LED lights that will allow you to read at night. The Kindle Voyage has 6 LED lights, while the Paperwhite has 4. It will be interesting to see if the new Oasis screen will be notably brighter with the additional LED lights.

What completely boggles my mind is that the Kindle Oasis says its going to retail for $999 Canadian. Who knows if this will be the price or not, or if someone at Amazon screwed up on the product listing.