You are here: Home / e-Reader News / Chapters Will Have the Kobo Mini and Kobo Glo September 30th 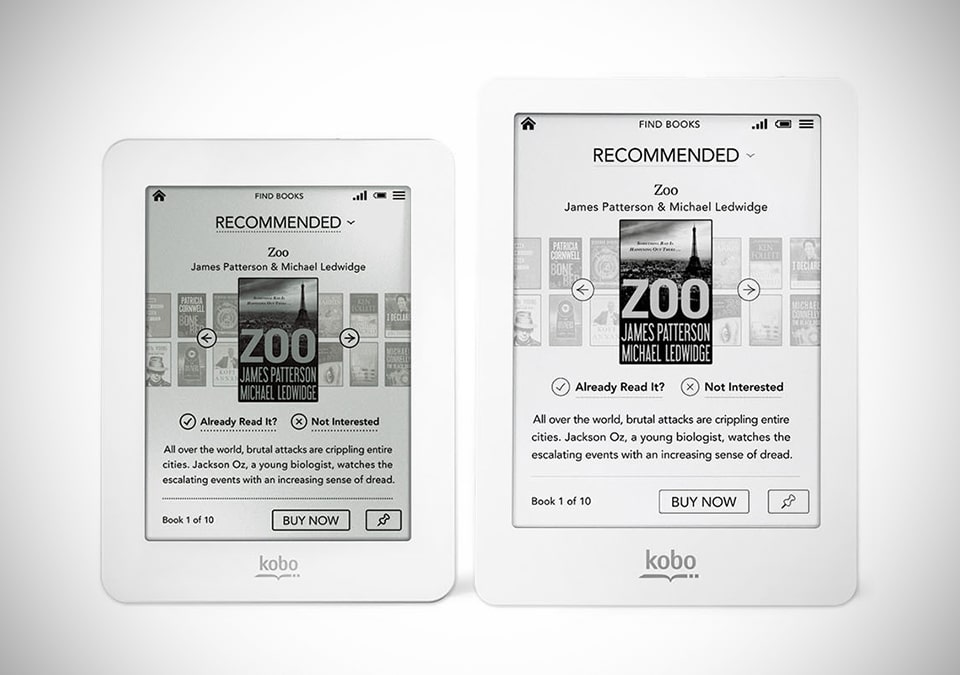 Chapters Indigo has confirmed with Good e-Reader today that the company will begin offering the new Kobo Glo and Kobo Mini September 30th 2012. The stores should have received them a few days ago in order to familiarize the staff with the new  products. If you live in Canada, you can pre-order them directly from Chapters right now, but there are some factors to be aware of. In the past, customers that pre-ordered them didn’t get them until a week after they were officially released. So you will have better luck visiting your local Chapters on the day they are released, rather than ordering them in advance.

The Kobo Mini is the company’s $79, 5 inch offering and is very pocket friendly. It uses a faster processor and more RAM than any of the company’s previous units. Turning pages is very quick and accessing menus is no longer an exercise in patience. The new Kobo Glo is the product that might be the top seller going into the holidays. It is a six inch e-ink reader with the ability to turn up the brightness settings to let you read in the dark. The Glow function is easier on the eyes than an LCD based device, like the iPad.