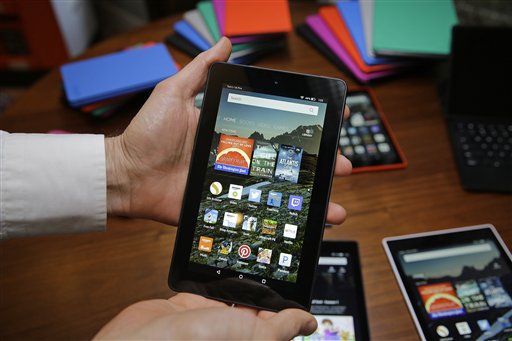 The Amazon Fire 7 inch $50 tablet has garnered significant media attention due to its economical price and acts as a gateway to all things Amazon. You can win this brand new tablet as part of our January giveaway!

The new seven inch entry level Amazon Fire Tablet has a resolution of 1024 x 600 pixels. Underneath the hood on the upcoming 2015 six inch tablet is a quad-core ARM cortex-A7 processor with Mali-450 graphics, 1GB of RAM, 8GB of storage. You will be able to snap pictures with the rear facing 2MP camera or access on-demand video chat via the 0.3MP front camera. It also has an SD card, so you can store up to 128 GB of extra content.

In order to enter this free contest you simply need to do the following;

The contest will take place in two weeks, this will provide ample time for you to take part. We will ship this tablet to the winner, no matter where in the world you are located. Additionally, we are also giving away one of the official Amazon cases for this tablet, so  you can protect it.