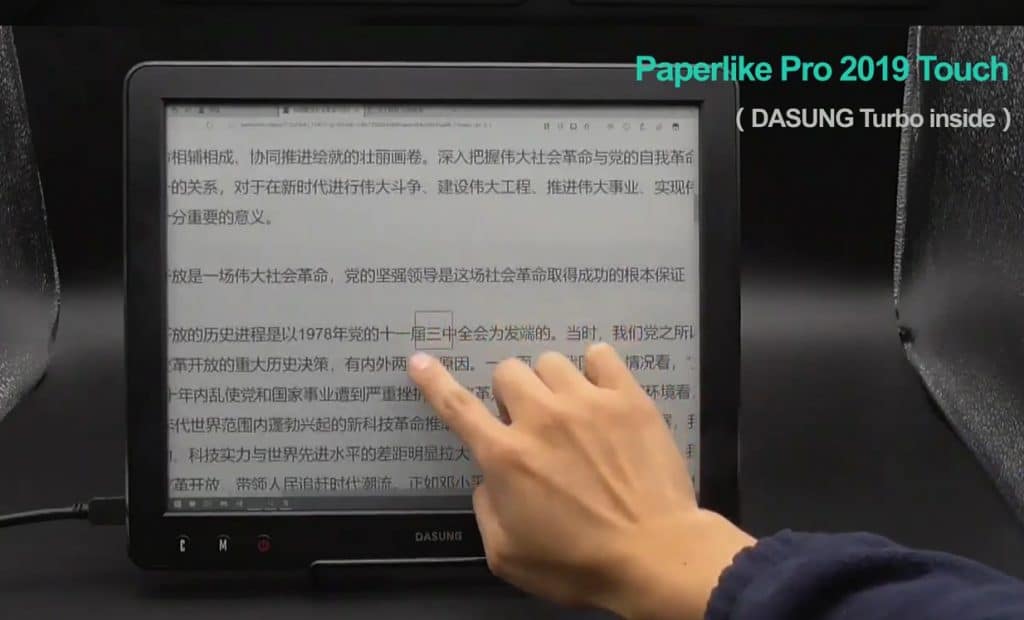 Dasung has been crafting secondary epaper monitors for the past five years and their most exciting product is right around the corner. The company has developed a touchscreen version and they are calling it the Paperlike Pro Touch, which features a 13.3 inch E Ink Carta HD display and an adjustable front-light. It will be able to plug into the HDMI port of your computer, tablet or smartphone. This will be the first Dasung device that will go beyond exclusive PC compatibility.  It is going to be launching on Indiegogo sometime in the next few weeks and then it will be on Amazon soon thereafter.