You are here: Home / e-Reader News / Dasung is releasing an e-reader that can play video 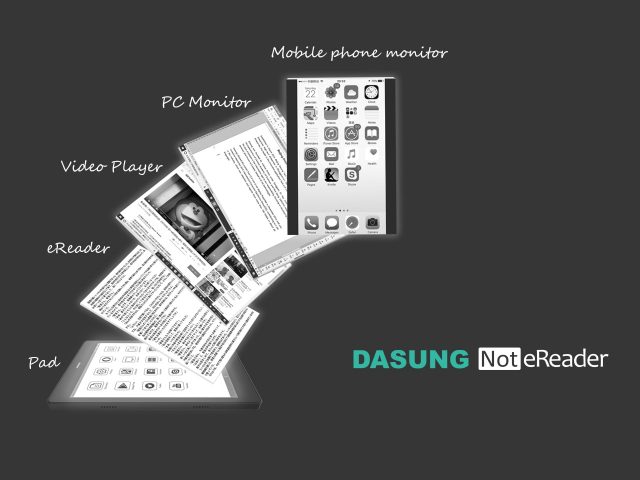 Dasung has been releasing E Ink secondary monitors for a number of years. They draw power by being plugged into a computer via a series of cables, including HDMI. The company is breaking the mold and is going to be starting an Indiegogo campaign for an e-reader that can play video and also function as a secondary monitor.

The one interesting aspect about this e-reader is that can run Android apps and will be bundled with Google Play. This will give users the ability to install Kindle, Kobo, Nook or Moon+ Reader, in addition to hundreds of digital comic or manga apps. The Dasung will also be shipped with default e-reading software if you want to use the stock app.

The video below shows off some of the things that this e-reader is capable of. It remains to be seen if it can play video on its own, or if it has to be connected to your PC via the HDMI cable.

A full list of specs will be available once the crowd funding campaign has started.