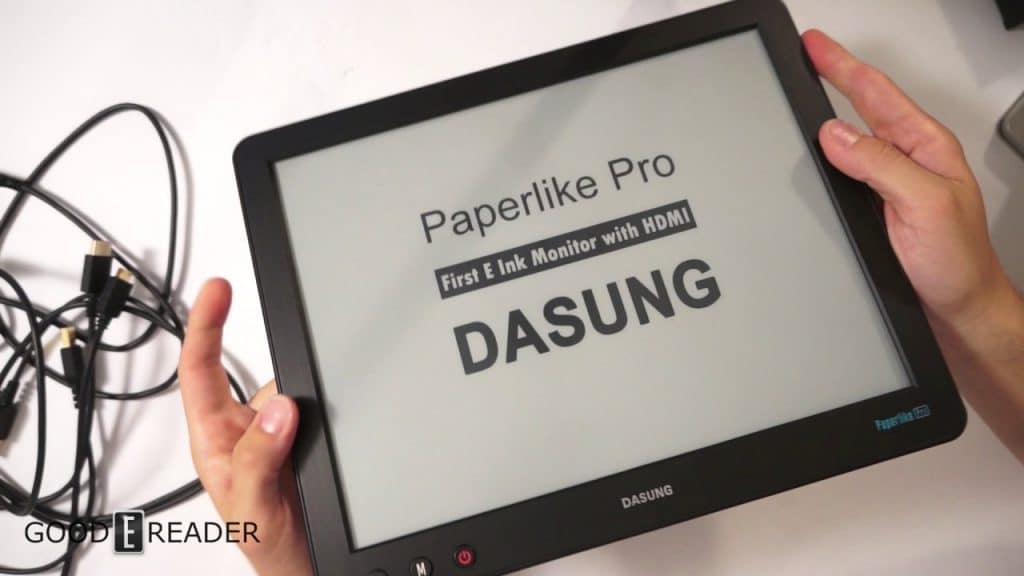 Dasung is a company that makes secondary E-Ink screens for your computer, laptop or iPad. The first generation was a bit of a letdown, as it required complicated drivers. The second generation model had two different variants; one with an E-Ink Pearl screen and the other with Carta. The Pearl edition was issued a few months ago and Dasung has disclosed to Good e-Reader that the Carta version will ship out in November.

The PaperLike Pro features a 13.3 inch e-Ink display with a resolution of 1600×1200 and the PPI is around 250. It doesn’t have any internal memory and does not act as an e-reader on its own, instead it is designed purely as a secondary screen for your PC or laptop. It has four different buttons on the front of the screen, one is for the power and the others are to tweak the screen settings for particular circumstances. Dasung is calling it FLOYD, which is a hybrid A2 mode. One is great for reading or browsing the web and the other was designed for quickly scrolling around websites with lots of images or watching videos. We have a review of this product, including an unboxing and review video, check it out.

I am bullish about the Dasung PaperLike PRO with Carta, simply because Carta is the best e-paper currently available and all of the flagship devices from every major brand employ it. Additionally, Dasung has just opened up an Indiegogo campaign so people from all over the world can actually buy one now, instead of having to order one from their Chinese website.