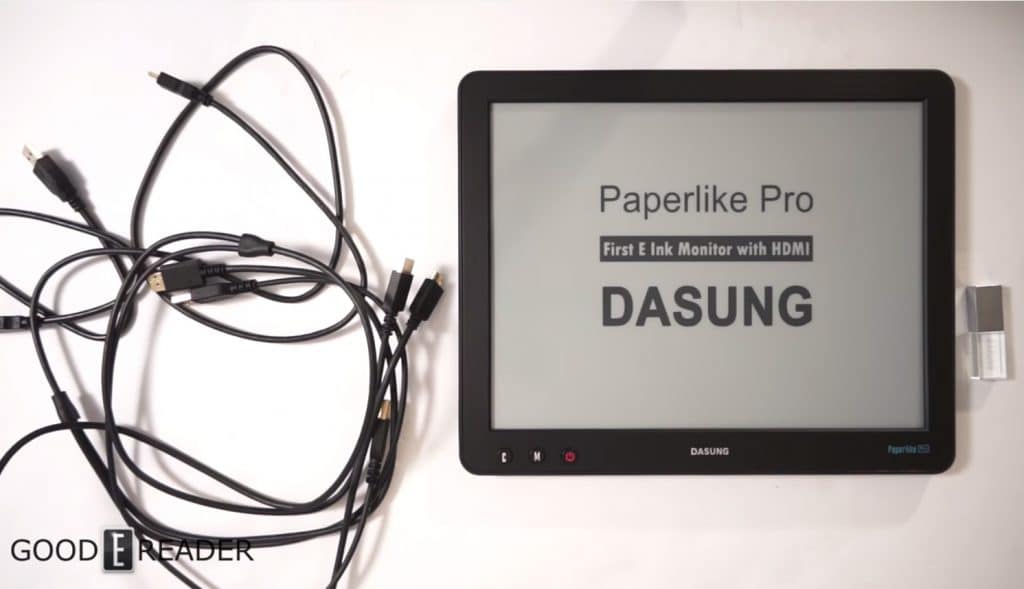 The second generation Dasung Paperlike Pro comes in two different variants, E-Ink Pearl and E-Ink Carta. The Pearl model has just started shipping out to customers and the Carta version will be dispatched within the next few months. One of the most compelling aspects of the Paperlike Pro is that it has an HDMI port, which will allow it to act as a secondary monitor without the need for complicated firmware.

The PaperLike Pro features a 13.3 inch e-Ink display with a resolution of 1600×1200 and the PPI is around 250. It doesn’t have any internal memory and does not act as an e-reader on its own, instead it is designed purely as a secondary screen for your PC or laptop. It has four different buttons on the front of the screen, one is for the power and the others are to tweak the screen settings for particular circumstances. Dasung is calling it FLOYD, which is a hybrid A2 mode. One is great for reading or coding and the other was designed for quickly scrolling around websites with lots of images.

In this unboxing video we show off the Dasung Paperlike Pro and everything that comes inside the box. I have never seen a box, ship with so many little boxes inside.