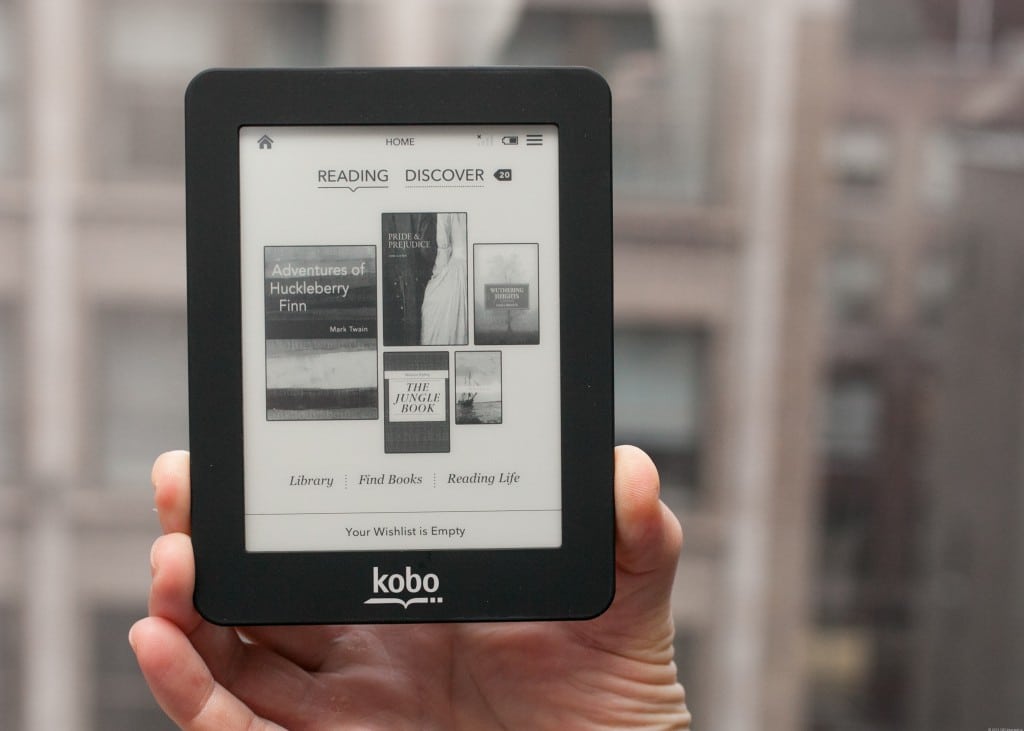 Many people have nostalgia for their first e-reader or gravitate towards industrial design. When Sony was making consumer grade e-readers, they would often be made of aluminium, instead of plastic. Early Kobo e-readers really stood out in a crowd, since they had colorful designs, while Barnes and Noble had an entire line of tablets such as the Nook Color or Nook HD, which provided a ton of value. If you see an old e-reader on Ebay, do not buy it.

The vast majority of e-readers do not have have user replaceable batteries. Lithium Ion batteries only have a certain number of charge cycles and then it degrades over time, holding less and less of a maximum charge. I know many people with older Kindes, Kobos or Nooks, that the only way they can use them, is buy always having them connected to their PC by a USB cable. If an e-reader is left outside for a long period of time, or in a basement or shed, moisture can make the battery swell, and eventually explode. This is why buying a used e-reader is pure folly, you have no idea how much it was used, where it was stored. Most sellers just talk about the overall condition.

There are tons of batteries available for the Kindle 3rd generation, Kindle 7th generation and Kindle 8th generation, as well as the Paperwhite 1, Kindle Oasis 1 and Kindle Voyage. Any Kindle made after 2014 cannot have batteries replaced. The Barnes and Noble Nook Glowlight Plus made in 2015 can have the battery replaced, but not anything after. Older Sony E-Readers like the PRS-650, PRS-950 and PRS-T1 all can have the batteries replaced and there are lots of sites that sell them. There are hardly any batteries available for the Kobo line of e-readers, but I did find some for models made around 2012 and 2013. I suppose its good the older models can be opened up with a screwdriver and batteries replaced.

Why can certain e-readers have their batteries replaced, while others can’t? Early on, e-readers could be easily opened with a screwdriver, in order for people to do their own repairs or the vendors. Around 2013-2014, e-readers were no longer big and chunky, instead they started to slim down and new e-paper, lighting systems and other advancements were introduced. The devices also started to come down in price, making them more accessible. When the Kindle first came out in 2007, it retailed for almost $750, now you can buy one for around $80. The industrial design changed too, instead of easily removable screws, they removed them altogether. Most e-readers have their rear plate and front plate glued together and held together with fasteners or clasps. As a rule of thumb, generally any e-reader made after 2013 can’t have the batteries replaced.

Batteries aren’t the only issue when buying an old e-reader. The screen technology will make a huge difference for reading ebooks. The earliest screen technology was “Vizplex,” which was employed by the Sony Reader, MOTOFONE F3, Barnes & Noble Nook, Kindle, txtr Beagle, and Kobo eReader. E INK Pearl was a step up, and used primarily in 2011-2012 Kindle models, Barnes & Noble Nook Simple Touch, Kobo Touch, and Sony PRS-T1. You could expect an overall resolution of both of these screens of 800×600 (143 ppi). Pearl and Visplex suffered from ghosting, which means text is superimposed on each other, the more you turn a page of a book. Page turn speed was very sluggish and text was anything but sharp, often they would be blocky and not anti-aliased.

If you buy a old Sony e-reader, you won’t be able to buy books on it anymore. Sony closed their Store, transferred all of their customers to Kobo and then Kobo suspended support. Amazon does not issue firmware updates for any e-reader made before 2015, nor does Barnes and Noble or any other company. Kobo e-readers tend to enjoy the most support, the company issues new features for any e-reader made after 2012, excluding the Mini. Dozens of other companies went out of business over the past decade, such as Wexler, Entourage, Cool-er, Icarus and tons of others.

When you are browsing EBAY and looking at older e-readers, whether they are used or new, control yourself. It is not worth it to buy an older device to use, even casually. The battery life will be abysmal, there will be tremendous ghosting issues, the page turn (refresh rate) will be terrible and the resolution and PPI will be wretched. Official support will likely be non-existent.