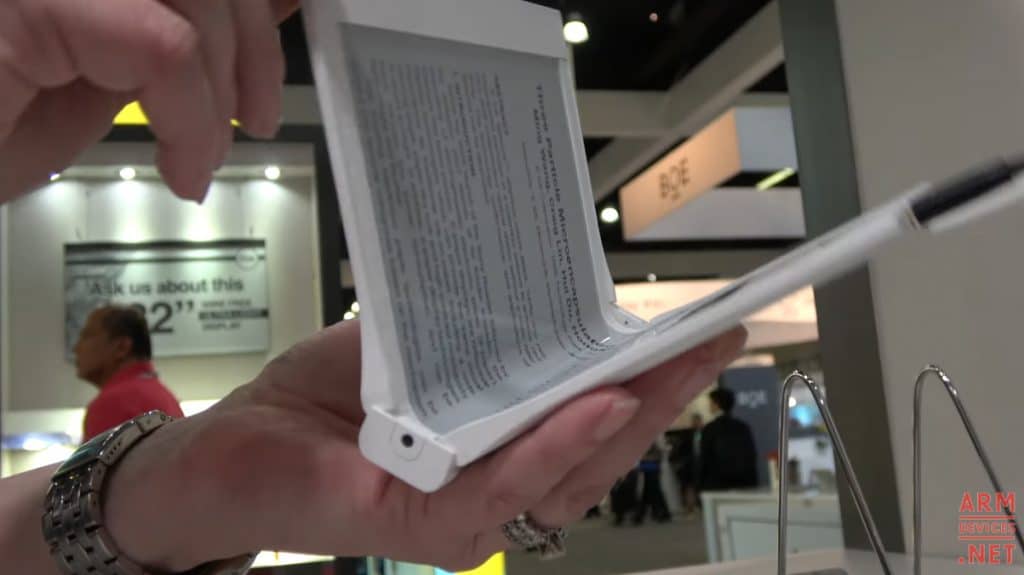 E Ink has a new foldable screen that is ready for mass production. The 10.2 inch display features a Carta Mobius plastic flexible panel with 220 PPI. The prototype features an ereader that can open and close like a real book. This is a big deal because it is not just a screen, but a fully functional e-reader with the motherboard, processor, battery and RAM underneath the hood.

It remains to be seen if any companies will take a gamble on a foldable e-reader. It would eliminate the need of a hinged design like the dual screen Gvido employs. Still, a truly foldable digital reader has been the dream of millions of people who devor e-books on a regular basis. I am sure if a great commercial product where to be released, it would sell like hotcakes.