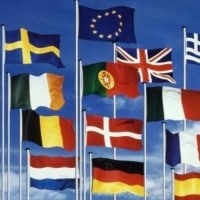 While the US courts hear arguments about alleged price fixing and anti-trust issues between Apple and five of the Big Six publishers’ effort to reduce Amazon’s hold on the ebook industry, a similar investigation has been going on in the EU over the same accusations. Just as three of the publishers—Simon and Schuster, Hachette Group, and HarperCollins—settled in the US, Apple and four publishers have reached some level of agreement in Europe.

This news is no surprise to US readers following the proceedings, as a $69 million settlement was reached to pay back to consumers some of the amount that those involved in the proceedings feel they over paid. In the EU, the settlement goes farther by allowing industry experts to weigh in on whether or not the terms are fair and by using a market test to check the results.

In Europe, Simon and Schuster, Hachette Livre, HarperCollins, and the parent company of Macmillan all removed any previous deals with Apple to sell ebooks under the agency pricing model in which the publishers set the prices. For the next two years, Amazon and other retailers will be able to sell the publishers’ ebooks at their own determination of the price, or the original “wholesale model.” This model is what Amazon originally relied upon to price ebooks for sometimes less than price paid to the publisher, a move that allowed the online retailer to encourage customers to purchase Kindles. When the publishers and Apple were accused of collusion in order to switch to the agency model, critics argued that it was simply an effort to tear down some of Amazon’s stronghold on the ebook market.

While specific details of the settlement in the EU were not released, the concession from the publishers was made in order to avoid penalties that could have amounted to as much as 10% of the international market.